My Favorite Discoveries/First-Time Viewings of 2014 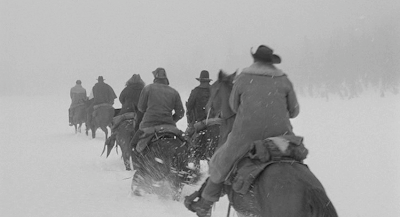 A few thoughts by way of introduction...

-Many of these impressionistic notes are pulled from Twitter records. If not, they're admittedly simplified and fragmentary remembrances.

-30 of the 50 films here were viewed on 35mm in various theaters around Boston (and in a few cases Los Angeles). For that I have the Harvard Film Archive and the Brattle Theatre to thank. The remaining 20 were seen via DVD, digital file or online streaming link, and for that I have various distributors, editors and web services to thank (this was the first year I subscribed to the wonderful Fandor).

-Titles link to longer writing when applicable. In some instances, I've excluded a note in hopes that you'll direct yourself to the link instead.

-This list is also viewable on Letterboxd, if that's your thing.

1. Cousin Jules (Benicheti, France, 1972): Completely stunning symbiosis between what the camera's doing and what's happening in front of it. If it's actually unstaged, we're talking miraculous levels of intuition on Benicheti's part.

2. The Violent Men (Mate, US, 1955): The ferocious savagery and picturesque beauty of the West. One montage of Glenn Ford riding his horse through the California frontier offered one of the few times I reached big-screen bliss this year. Also, an incredible argument for 35mm, Cinemascope, and Technicolor.

4. Day of the Outlaw (De Toth, US, 1959): The final, elongated, dirge-like horse march into the blizzard: maybe Hollywood's bleakest vision?

5. The Life of Oharu (Mizoguchi, Japan, 1952): Everything in this film: maybe cinema's bleakest vision?

9. The Tall T (Boetticher, US, 1957): Black comedy atop psychodrama atop romance. The triangle is the sturdiest structure in architecture as well as visual art.

10. Daughter of the Nile (Hou, Taiwan, 1988): A screen door swings in the wind at the end of this, and few other directors could lend this seemingly innocuous detail such a rush of emotion.

11. A Geisha (Mizoguchi, Japan, 1953): Unfortunately can't remember enough about this to really justify its high placement here, but the impression it left on me was immense. Those repeated shots of the same paper-lamp-illuminated alleyway have a serene renewing effect.

13. The Umbrellas of Cherbourg (Demy, France, 1964): A showcase for what's so rarely given emphatic song-and-dance treatment: the trials and tribulations of everyday life. Shrill & bathetic in finding its groove, but ultimately builds to the most elegiac highs in all Demy.

15. Possession (Zulawski, France/West Germany, 1981): Saw this on the same night as a doom-laden Swans concert. It's a nutso film, sure, but it's also perversely logical in its anarchic descent into jealousy-fueled nightmares. A nerve-jangling experience, especially after dealing with Gira shaking the Earth under my feet.

16. Sorcerer (Friedkin, US, 1977): Another time I reached big-screen bliss this year? Watching Roy Scheider, Bruno Cremer and a cargo truck try to cross a rickety bridge in torrential rain.

17. Osaka Elegy (Mizoguchi, Japan, 1936): For me, this was the a-ha moment in the Mizoguchi retrospective where I felt I finally grasped the full scope of what he was all about as an artist. It took Isuzu Yamada staring at me in the final shot—recalling Harriett Andersson at the end of Bergman's Summer with Monika—to make that happen.

18. The Hour-Glass Sanatorium (Has, Poland, 1973): Some kind of maddening and debauched purgatorial hallucination of life; fall asleep and look up at any given moment and you’re likely to see some fantastically made-up caricature grinning down on you in wide-angle close-up.

19. Workingman's Death (Glawogger, Austria, 2005): The link contains maybe my favorite thing I wrote this year, so take that as you will.

22. Terror in a Texas Town (Lewis, US, 1958): Sterling Hayden is out to take on greed and treachery. His weapon of choice? A whaling harpoon. Several standout scenes of carefully staged tension, with Lewis in full command of the taut flows of energy across a two-shot.

23. The Roaring Twenties (Walsh, US, 1939): A long, sarcastic view of history, in which dumb luck offers brief grasps at ecstasy before all cycles back to shit. Truly a blueprint for Scorsese in many ways, not the least of which is its use of wickedly entertaining expositional montages.

24. Cattle Queen of Montana (Dwan, US, 1954): I've been working in fits and starts on a piece about this film, which will be published here sometime in the near future. For now, I'll say it's an admirably oddball low-rent Western.

25. All Fall Down (Frankenheimer, US, 1962): A broken film about a broken family. Extraordinarily peculiar. Read on by clicking the link.

28. House by the River (Lang, US, 1950): Gallows humor in buckets. Probably the funniest Lang film in the retro.

30. Escape to Burma (Dwan, US, 1955): The final line of dialogue—“Free? Who wants to be free?”—stands out as a lynchpin of Dwan’s central theme: imprisonment as a default existence that is both a curse and an improbable blessing.

31. Reflections in a Golden Eye (Huston, US, 1967): This gets a bad rap, so I went long on why that shouldn't be the case and was proud of the result, so click the link, dammit.

32. The Wandering Image (Lang, Germany, 1920): Romance problems made elemental via avalanche of man vs. nature imagery.

34. Portrait of Madame Yuki (Mizoguchi, Japan, 1950): The shot that Sarris raved about? Every bit as jaw-dropping as he suggested. If only Mizoguchi had used a fog machine more often.

36. Pitfall (De Toth, US, 1948): Modestly subversive noir with an exceptionally nuanced performance from Lizabeth Scott, who unfortunately never became much of a bankable movie star.

37. Picnic on the Grass (Renoir, France, 1959): French beatniks lollygagging in the countryside, discussing the implications of new breakthroughs in artificial insemination when they're not fending off cartoonish hurricanes.

38. Autumn Leaves (Aldrich, US, 1956): Uncomfortable detective work into the rapidly emptying inner lives of the lonely, dispossessed and deranged.

41. Man of Aran (Flaherty, UK, 1934): Thoreau's dream of an existence in submission to nature while still maintaining bare connections to civilization, captured with a cinematic perspective alternately cosmic and intimate.

42. The Stranger (Welles, US, 1946): Many remember this as a clunky and formulaic Hollywood assignment—an odd reputation given the fact that it has Welles' fingerprints all over it. Someone in recent years called it groundwork for Twin Peaks, which is an apt observation.

44. Tobacco Road (Ford, US, 1941): I can get on board with Ford's screechy bumpkin humor, and once that's possible, it's easy to see the love and compassion put into this piece of barnyard Americana.

45. Donkey Skin (Demy, France, 1970): A hippy fashion show, a 70s esoterica wet dream, a reincarnation of the potency of Méliès' tricks of superimposition and speed ramping. Breillat must have been studying this when trying to locate the surreal, episodic tone of her recent Perrault adaptations.

46. The Straits of Love and Hate (Mizoguchi, Japan, 1937): Maybe the furthest Mizoguchi ever ventured into distanced, contemplative rigor. An unfairly beat-up print may have been the only thing preventing me from being tricked into thinking I was watching a Tsai Ming-Liang movie.

47. Ride Lonesome (Boetticher, US, 1959): One of the dustiest, most parched films I've seen. Plot less important than the tense, deadpan rapport amongst the ensemble.

48. The Old Dark House (Castle, US, 1963): The least inept of the several William Castle films binged on around All Hallows' Eve. Solid haunted house lighting and a hilariously psychotic turn from Robert Morley. 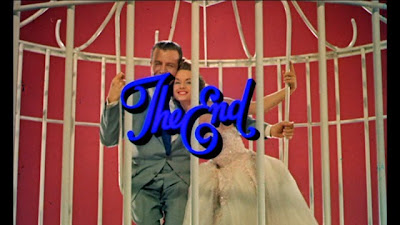