Love After Love (2018) A Film by Russell Harbaugh 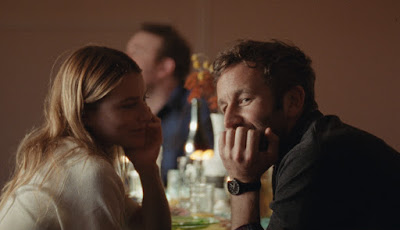 "For a film about the breakdown of a bourgeoisie family’s comfortable suburban existence following the death of its patriarch, Russell Harbaugh’s Love After Love is a remarkably cool-headed, composed piece of work. Like John Magary’s The Mend, which Harbaugh helped conceive, this melancholic drama is marked by an acute focus on the quarrelsome collision of various family members’ ideas of themselves and each other, and it benefits from its nuanced, fully inhabited performances. But unlike The Mend, which is as abundant in frantic leaps in style as it is in mood swings, Love After Love displays a commitment to balance, consistency, and a persistent formal idea: In every scene, a steady camera observes Harbaugh’s characters from a careful distance on a zoom lens, and the cutting is dictated less by the tempo of their banter than by the turbulent pace of their inner lives." 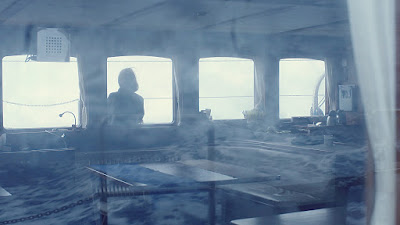 "The ocean has provided fertile territory for visual experimentation in recent years in a number of non-narrative art-house films, from Mauro Herce's hallucinatory Dead Slow Ahead to Lucien Castaing-Taylor and Véréna Paravel's frantic Leviathan. Helena Wittmann's Drift can now be added to this micro-genre, which isn't so much nascent as inextricably connected to an ancient tradition of storytelling based around the unknowable mystery of the sea. Two examples of this narrative legacy get cited early on in the film when its nameless female protagonists share thoughts at a beachfront café somewhere in wintry Germany prior to their parting from one another after a long weekend. One (Theresa George), who will soon embark on a solo expedition across the Atlantic, paraphrases a Papua New Guinea creation myth regarding a primeval crocodile and the warrior who slays it. The other (Josefina Gill), who plans to return to her native Argentina, responds by mentioning the legend of Nahuel Huapi, a Patagonian riff on the Loch Ness monster."