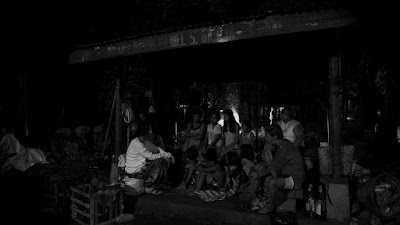 "Having demarcated his world cleanly into abject cruelty, haunted victimhood, and pure saintliness, Diaz eases into The Woman Who Left's primary plot around the two-hour mark when a trans woman, Hollanda (John Lloyd Cruz), on the brink of death after a brutal beating, collapses her way through Horacia's front door. The scenes that follow, which feature Horacia patiently fielding Hollanda's torrents of self-loathing, healing her open wounds, and talking her down from a cliff, represent the tender highpoint of the film, and yet they're also dramatically inert, functioning transparently as allegory for a wounded nation. That the eventual resolution of this thread implies transference of violence from one outlet to another hints at the director's pained and pessimistic assessment of the country's past and present."