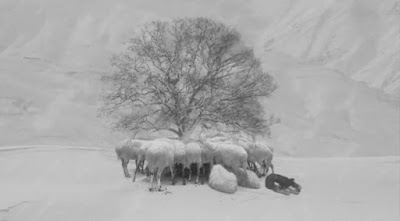 Despite having more than a handful of fairly significant blind spots in my viewing (Happy as Lazzaro, The House That Jack Built, Dead Souls and The Rider being the ones I'm most curious about), I'm still feeling like 2018 was one of this decade's standout years in terms of cinematic releases. Unlike last year, I didn't include any television or online series because the theatrical crop was just that good. And I'm 22 days late because there were some big titles that I felt I needed to catch up with before finalizing a list, so what follows looks a bit different than what I included in the list I submitted for Slant Magazine. I also had a clear #1 for the past several years but it wasn't so set in stone this year; therefore, consider 1-3 a kind of joint #1. Writing assignments were a bit more sparse over the last twelve months (voluntarily) so forgive the many slots without accompanying text. Otherwise, enjoy. 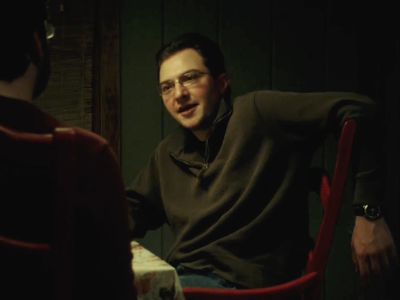 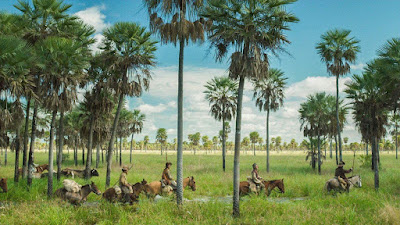 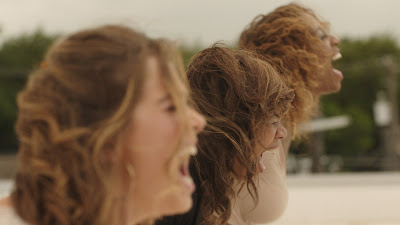 "With Support the Girls, a seriocomic study of a single day at Double Whammies, a fictional Hooters-style restaurant in an unnamed Texas city, writer-director Andrew Bujalski splits his attention between the individual and the collective. In doing so, the filmmaker synthesizes the two poles of his cinema so far: Lisa (Regina Hall), the restaurant’s manager, joins a growing list of memorable protagonists in Bujalski’s canon who are united by their struggle to get by in a society increasingly predicated on transactional relationships, while the ensemble-driven exploration of a professional milieu and its culture recalls Computer Chess and parts of Beeswax." 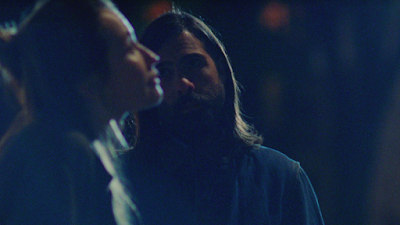 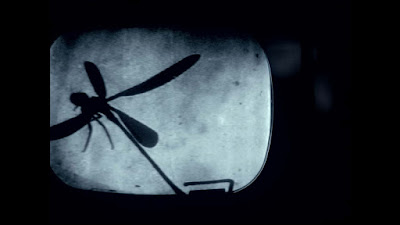 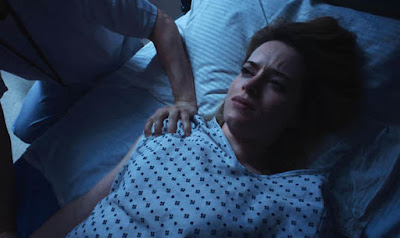 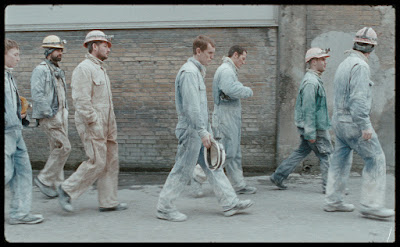 "Shot on desaturated Super 16mm film in a Danish limestone quarry, Winter Brothers is one of the more aesthetically idiosyncratic directorial debuts in recent memory. Icelandic visual artist turned filmmaker Hlynur Pálmason, who decamped with his crew to the film’s inhospitable setting for the duration of the production, approaches his chosen location like Michelangelo Antonioni did with that of Red Desert, transforming a place of grim labor and scant sunshine into a punctiliously designed cinematic space. Where Antonioni painted trees and grass to achieve his pallid industrial dystopia, Pálmason creates his by coating the scenery in calcite, dressing his cast in filthy faded denim jumpers, and partitioning the world into a careful visual system, with each location treated to its own rigorous compositional scheme. If nothing else, the film is a feat of formal conception and craftsmanship." 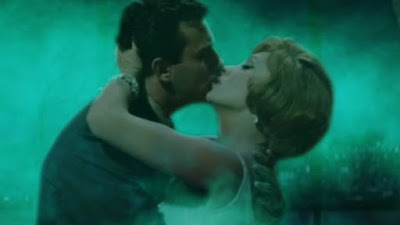 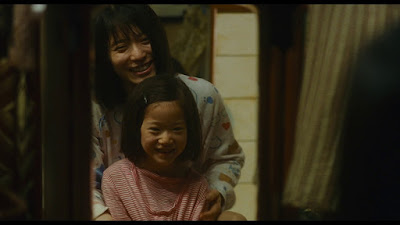 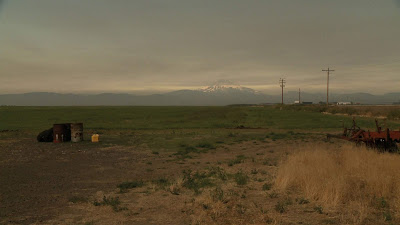 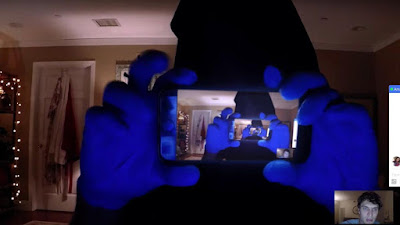 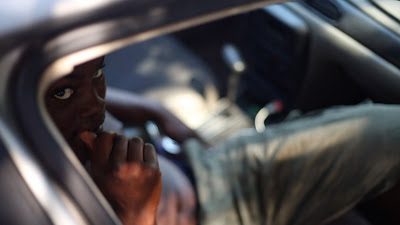 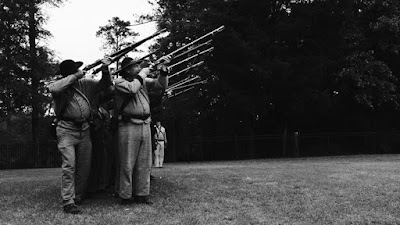 7. Did You Wonder Who Fired the Gun? (Wilkerson, USA)

"Given these intriguing byways, it’s hard not to yearn for an expansion of this project, and yet the film’s concision is also a byproduct of its attempted self-effacement. Noticeably uncomfortable with the intermittently tasteful construction of his own work (at one point he calls attention to the fact that he’s shooting an unmarked grave with “an expensive camera”), Wilkerson takes every opportunity to ground his filmmaking in concrete realities that may not always be conducive to easy viewing, awkwardly superimposing a low-resolution photo over an otherwise appealingly composed image or leaving certain scenes bereft of any auditory embellishment. The film’s final movement directly quotes Chantal Akerman’s thematically analogous Sud in packaging an act of remembrance as a seemingly endless traveling shot. As with the Peck footage, Wikerson tints the shot red, making clear that we’re on a road that embodies the plague of racism itself." 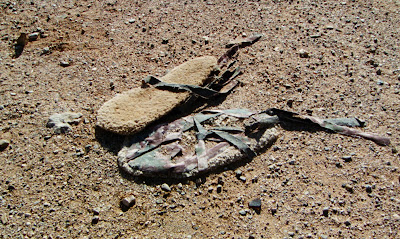 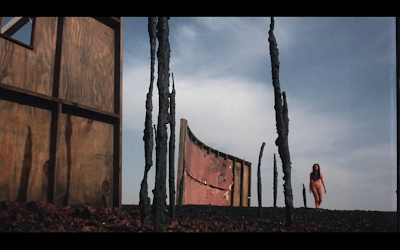 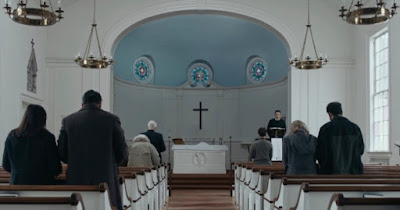 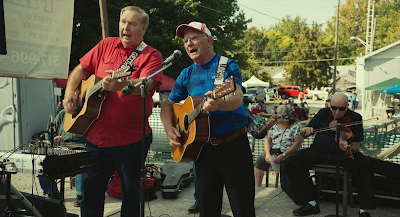 (Capsule written for Slant's year-end list.) "After making a series of films over the last few years that took encouraging views of communities and institutions, celebrating how people of different backgrounds can be brought around to new ways of thinking, Frederick Wiseman settles with Monrovia, Indiana on a milieu whose relative social, cultural, and religious homogeneity results in a brutal narrowing of horizons for the eponymous town’s population. Over the course of a relatively curt two-and-a-half-hours, the film volleys between town council meetings, commercial farming shifts, freemasonry ceremonies, class sessions at a high school, and more. Wiseman stitches each episode together with depopulated shots of Monrovia’s one-block main street and surrounding cornfields—all edited in uptempo fashion to emphasize the almost chilling emptiness of the town. The filmmaker lingers attentively on the minutia of labor within Monrovia, even as he leaves out the ultimate upshot of all this repetitive work. What awaits the souls of Monrovia—or contemporary America, for that matter—other than the grave? Wiseman’s elegy, which concludes with one of the most profoundly unsettling monologues in his oeuvre, seeks this answer and comes up wanting." 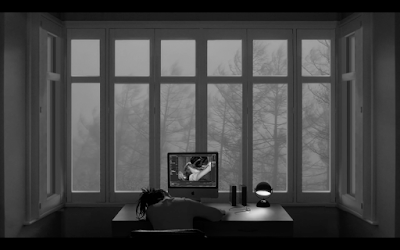 "24 Frames is a delight on sensory levels alone, and depending on one’s patience for contemplating glimpses of natural and almost exclusively non-human goings-on, the overall effect is near-transcendent. But there’s also another feeling shading the experience, a steadily creeping poignancy that relates to the extra-textual knowledge of Kiarostami’s passing and the way in which the film’s ultra-simple structure—title cards announce each frame chronologically in between vignettes—acts as an expiring clock on the master’s career. If Kiarostami is, as suggested by Jean-Luc Godard, the end of cinema to D.W. Griffith’s beginning, then there’s a sobering poetry in the film’s use of the medium’s paradigmatic frame rate for its title and underlying construction. And especially gut-punching is the film’s concluding vignette, which bears witness to the last slow-motion stutters of an After Effects display rendering out an old movie’s soaring final kiss, all while the female editor dozes off at the workstation." 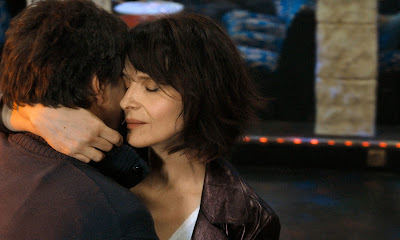 1. Let the Sunshine In (Denis, France)

(Written for In Review Online's year-end list.) "Made as a lark during production delays for the much more ambitious High Life, Claire Denis’s Let the Sunshine In nevertheless manages to alight on some very profound subject matter: namely, love, and the hours upon hours we spend conceptualizing it, pursuing it, and tripping over ourselves trying to just make it happen. Occupying a genre (romantic comedy) that’s typically thought to be the domain of the frivolous, Denis’s film doggedly details the love life of bohemian divorcée Isabelle (Juliette Binoche), a woman of deep sensitivity and resilience, and one for whom all other day-to-day concerns — her painting career, her family, the obstacles of living life in modern day Paris — become secondary to the hunt for her own romantic ideal. Though Isabelle’s superlative man is never explicitly defined by Denis, nor discovered by Isabelle herself, this film’s narrative does circle around a cluster of eligibles who fall short: the rapaciously horny Vincent (Xavier Beauvois), the emotionally out-of-step Marc (Alex Descas), an unstable and possibly alcoholic actor (Nicolas Duvauchelle), an ex-husband (Laurent Grévill) who still swings by for afternoon lovemaking, and a few others who briefly catch Isabelle’s fancy. Less oblique than usual, Denis’s filmmaking is intimately tethered to the temperament of her protagonist and the remarkably vulnerable performance of her star. When Isabelle’s in the throes of desire, the camera swoons along with her; when she’s defeated and confessional, it regards her with an honest, unmediated clarity. By turns gut-wrenching and revitalizing, Let the Sunshine In is anything but a fluffy diversion; its ostensible lightness cuts right to the heart of the matter." I also wrote about a particular scene in this great movie for Slant's Best Film Scenes of 2018 list.