The Human Surge (2016) A Film by Eduardo Williams 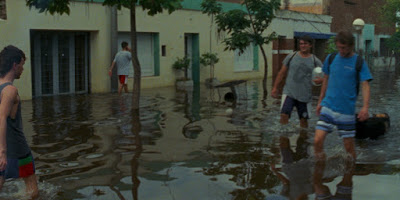 "Were it not for one showy transition of a camera burrowing through topsoil for a macro-photographic tour of an ant colony, The Human Surge might easily be mistaken for a particularly interminable YouTube video, unfolding as it does like the aimless time-killing of bored boys without much to do and a crummy camera to record whatever ends up happening. Facetious as such a characterization may seem for a film with the temerity to divide its action across Argentina, Mozambique, and the Philippines, it's not exactly unsuitable given director Eduardo Williams's subject matter, which concerns the lives of minimum-wage slackers from the aforementioned locales who fill their downtime forging tenuous human connections across Internet platforms. Using a pair of nifty cuts to connect these disparate milieus, the film develops in chapters as if to imply a fundamental interconnectedness between people across the world in similar dead-end situations, yet often the only quality holding the episodes together is the amateurishness of the staging."

A Cure for Wellness (2017) A Film by Gore Verbinski 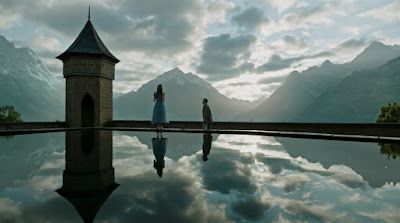 "Verbinski excels at such disorienting crosscuts (the film’s literally hell-raising climax juxtaposes ghastly happenings in the spa’s basement with jubilant festivities in the ballroom above), and in a larger sense, A Cure for Wellness thrives on a collision of tones. The immaculate cosmetics of the wellness retreat itself, from the prudently manicured foliage to everyone’s spotless white uniforms, contrast with an alarming emphasis on creepy-crawly body horror. There’s enough sickly exposed white flesh on display throughout the film—often submerged in water filled with man-eating eels—to make Ulrich Seidl blush, while one bit of dental treatment/torture administered to Lockhart produces a retina-searing image worthy of early Cronenberg."

Full review of this highly entertaining movie at Slant Magazine.
Posted by Carson Lund at 10:51 AM No comments: 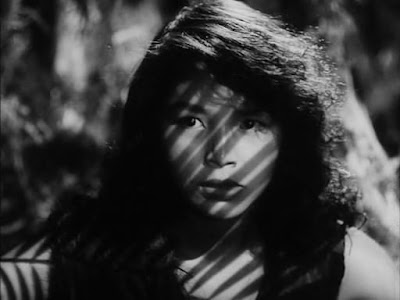 "The film's starting point is the real historical incident of a Japanese squadron found stranded alive on the titular island years after the defeat of their army. What Sternberg freely imagines are the seven years of toil and hardship endured by these men while separated from their homeland, which constitutes an act of speculative empathy that puts the project squarely in the realm of storytelling. Complicating this understanding, however, is the filmmaker's decision to narrate the tale himself in a droll tone that pinballs between Job-like questioning, poetic musing, and impartial reportage, including the use of such documentary-tinged phrases as 'we can only reconstruct the events' and 'we can only surmise what happened.'"

Full review of Anatahan, now playing in a Kino Lorber restoration at Metrograph in New York City, continues at Slant.
Posted by Carson Lund at 9:36 AM No comments: