The Other Side (2015) A Film by Roberto Minervini 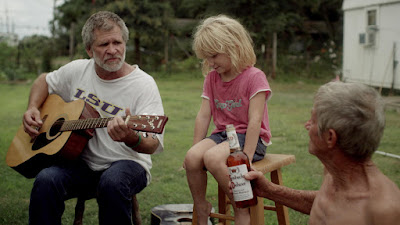 "An artist of herculean empathy turns his camera on a narrow-minded community in The Other Side, Italian director Roberto Minervini's fourth cinematic sojourn in the American South. Nearly every moment in this Bayou-set docu-fiction hybrid engenders a tricky twofold reaction: The words and actions of the people on screen often trigger revulsion, anger, or pity, even as Minervini's camera tenderly cozies up to its subjects, examining them in intimate proximity until the root causes and emotional justifications for their destructive behaviors become impossible to ignore." Review continues here.
Posted by Carson Lund at 12:12 PM No comments:

The Holcroft Covenant (1985) A Film by John Frankenheimer 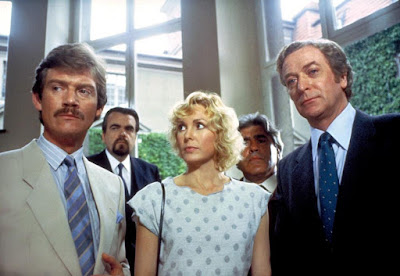 "Noel Holcroft (Michael Caine) doesn't know how to use a gun when The Holcroft Covenant begins. By the film's conclusion, not only can he hold one with the kind of cool poise expected of spy heroes, but he's also sharp with pistol disassembly and reassembly. This education dovetails with a plot that finds Holcroft, an honest New Yorker in the commercial construction business, becoming the victim of a transnational terror scheme and ultimately learning enough about it to singlehandedly upend its fulfillment of a prospective Fourth Reich. The year is 1985 (“Now,” as a title urgently informs us), a time in which the United States was still using counterintelligence to sniff out Soviet influence. Yet director John Frankenheimer and writer George Axelrod look at espionage and find the very concept a destructive breach of privacy and a route to anarchy, something for which active resistance—in this case, prowess with a firearm—must come into play." Full review here.
Posted by Carson Lund at 8:28 PM No comments: