Stranger on Horseback (1955) A Film by Jacques Tourneur 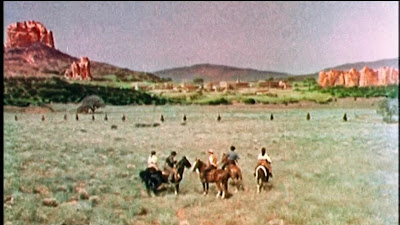 “There’s right and there’s wrong, and when you see wrong, you just gotta speak up,” reasons one character in Jacques Tourneur's small-scale parable, but obviously nothing's quite that simple in the wild west, where Joel McCrea's stern traveling judge learns to abandon his law book. Portending the narrative backbone of Joseph H. Lewis’ Terror in a Texas Town (1958), Stranger on Horseback pits a rational outsider against a delusional community, chronicling the attempts made by the outsider to shake the town out of their groupthink. In this case, the snotty son of the Bannerman family (the town’s alpha surname) has committed a murder, but everyone, including the local lawyer, recycles the unexamined justification that it was in the name of “self-defense.” Introducing a layer of political allegory, the members of the community, it seems, have become locked in a groove by which they are able to comfortably repress crimes in their own backyard—in so doing, they are merely perpetuating an unfair society and clearing the path for future corruptions.

In this context, Judge Thorne’s (McCrea) arrival out of nowhere—the film’s opening image shows him materializing in the far distance of a parched landscape, and subsequent narration provides only the barest of an origin story—initially registers as something heroic, almost Biblical. But he is no saint either. He is, after all, one of only a few seen shooting anyone in the film, and several other offhand instances point to his compromised character: he first quells a feisty member of the Bannerman brigade by publicly administering a bloody nose; he swiftly responds to a blowhard’s bullying by socking him in the face and dunking his head in a conveniently placed tub of water, to which the lawyer teasingly remarks, "highly unusual judge, sir"; and later, he throws down Bannerman's daughter (Miroslava Stern) against a table during an argument. Tourneur portrays each side of the law as equally brutally inclined, just as susceptible to violent human impulses; one quick shot of Stern firing a gun at a wine bottle and breaking loose the red liquid across the Earth underneath is pithy visual symbolism. If this is accepted as the foundation upon which this society must grow, the question, then, is not why but matters of how: how to introduce an ethical, just system while also minimizing conflict between parties.

A founding concern in Tourneur’s career was reconciliation and compromise, be it between the real and the surreal, the living and the dead, pragmatism and mysticism, the human and the animal, or the old and the new. This thematic bloodline fits the western genre like a glove, seeing as it's so historically preoccupied with the clash between tradition and modernity, particularly in terms of law and order. Though not exactly an outright optimist, Tourneur makes films that are defined by a frictional grasp towards optimism, and that grasp plays out beautifully in the denouement of Stranger on Horseback. Guns are fired, people are killed, bitter words are exchanged, and hesitant departures are made, but the final sense is that some common ground has been found and a way forward has been agreed upon.

Posted by Carson Lund at 7:27 AM No comments:

The King of Escape (2009) A Film by Alain Guiraudie 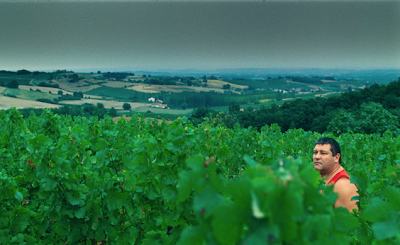 For the lucky souls in New York right now, Alain Guiraudie's The King of Escape screens until Friday at Anthology Film Archives. The success of Stranger by the Lake has occasioned a look back at the earlier works in the career of this unique director, and his 2009 effort is more than worth the trip out. I praised it for In Review Online here.
Posted by Carson Lund at 8:33 AM No comments:

Writing about Lars von Trier's Nymphomaniac has had that special effect of making me like it more, which explains why my new In Review Online piece hits the site’s “Gold” designation. In addition, I've posted some tangential thoughts that didn't make their way into my formal review over at Letterboxd.
Posted by Carson Lund at 1:16 PM No comments:

Mistaken for Strangers (2014) A Film by Tom Berninger 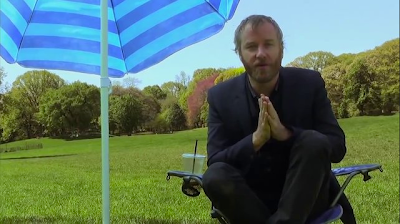 I'm way late on this update, but this past Friday I reviewed Mistaken for Strangers – a new documentary ostensibly about Brooklyn-based rock band The National's recent global tour but actually more about singer Matt Berninger's attention-whoring brother (well, that's a little insensitive, but seriously) – for In Review Online. Read my skeptical take here.
Posted by Carson Lund at 5:07 PM No comments: