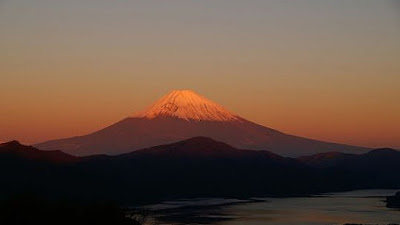 "Splendor can't be diminished by context or weakened by one's overexposure to it. That's one of the principal lessons of Fiona Tan's Ascent, a docufiction photomontage film that meditates on Japan's magisterial Mount Fuji via its representation in photographic material captured over the course of the last century. Tan's comprehensive project discriminates against no particular era or pedigree of imagery, meaning that the depictions of Mount Fuji on display run the textural gamut from exquisitely staged shots on early color-tinted celluloid to pixelated, drive-by cellphone snaps and everything in between. The mountain's singular presence—astonishing, enchanting, intimidating—remains the one constant throughout, emanating in even the lowest-grade photos a peculiar autonomy, a tendency to float apart from the surrounding image as though possessed of its own life force."