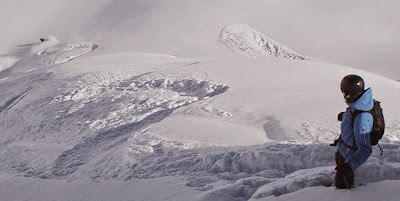 "The largely frosty Force Majeure is repeatedly thawed by a sense of humor that suggests Fellini on downers—reined-in burlesque, in other words—and a philosophical interest in the role of chance, so powerful a force in life as to upset even the film’s own controlled surface (as it does in a sublimely amusing moment that fleetingly assumes the point of view of a remote-controlled flying toy at the most inopportune time). Despite the film’s overarching Scandinavian austerity—Östlund’s shots rarely move for fear of displacing the careful merging of compositional lines with the corners of the 2:35:1 frame—it’s also cinematographically in tune with its characters at pivotal moments in ways that suggest a sharp directorial sensitivity." Full piece on this Scandinavian stroke of brilliance at In Review Online.
Posted by Carson Lund at 10:41 AM No comments: 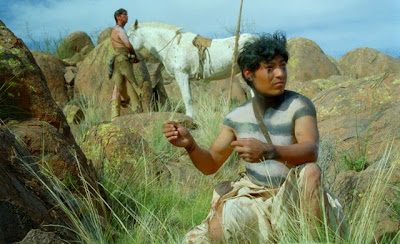 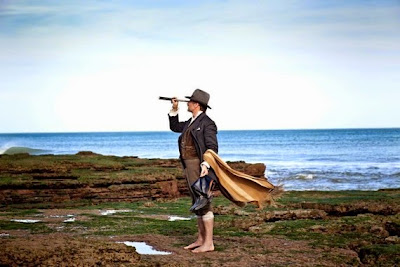 Posted by Carson Lund at 8:49 AM No comments:

The Heart Machine (2014) A Film by Zachary Wigon 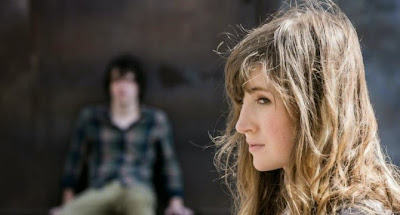 "One gander at The Heart Machine's synopsis is likely to drive some onlookers out of the room, as few contemporary subjects are as riddled with predetermined red flags for skeptics than those purporting to analyze the deleterious effects of technology on human relationships. Frankly, there's enough of a legacy of skin-deep, clichéd cinematic sketches of this topic to warrant such a reflex. New York filmmaker Zachary Wigon's concise introspective thriller, by contrast, is a rare example of a work that operates outside expected approaches..." Full review at Slant.
Posted by Carson Lund at 3:04 PM No comments:

Diplomacy (2014) A Film by Volker Schlöndorff 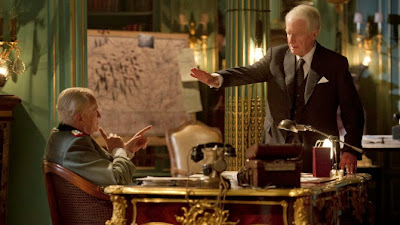 "Most of Diplomacy is a two-handed chamber drama restricted to a pressurized hotel suite leased by the German occupation, a half-lit royal office that plays host to hours of zigzagging polemics between Nazi commander Dietrich von Cholitz (Niels Arestrup) and Swedish pacifist Raoul Nordling (Andre Dussollier)...Relying on newsreels to ground its liberally fictionalized back and forth in historical record, even at one point draining its staged footage of color for a brief moment of trickery to further visually meld the reality and its recreation, Diplomacy isn't really fooling anyone into feeling doom-laden suspense (Paris, after all, is still standing), but the principal performers sell the momentousness of the drama." Full review of Schlöndorff's Spielbergian history lesson up now at Slant.
Posted by Carson Lund at 2:57 PM No comments: