Portrait of a Garden (2016) A Film by Rosie Stapel

"Botanists, horticulturists, and groundskeepers won't be disappointed by Rosie Stapel's Portrait of a Garden, a comprehensive visual inventory of a fabulously maintained multi-acre 'kitchen garden' on a historic Dutch estate. Others, meanwhile, may walk away feeling as indifferent to the craft of landscaping as they were when they came in—a crippling Achilles' heel in a film whose chief concern is the transmission of out-of-fashion knowledge to new generations. Peppered with a near-constant barrage of footnotes on the lower third of the frame identifying whatever varietal of crop viewers happen to be observing at a given moment, the film is insistent in its efforts to stoke interest in gardening and pruning, yet it stops short of bridging the gap for those less inherently spellbound by soil, roots, and branches."

Full review at Slant.
Posted by Carson Lund at 2:53 PM No comments: 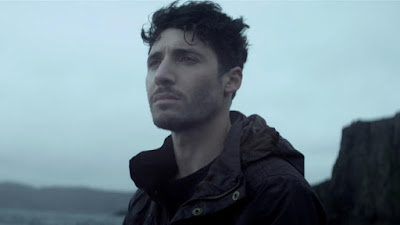 "Anyone who’s spent some time on Vimeo in the last few years should be familiar with a certain surge in fawning Icelandic tourism videography, the tropes of which are immediately recognizable, from time-lapse footage of waterfalls to leisurely pans of glaciers, all accompanied by sub-Sigur Rós post-rock. If a mark of distinction can be conferred upon the Icelandic-American production Autumn Lights, it’s that writer-director Angad Aulakh more or less skirts these conventions. Save for the occasional pillow shot of a distantly viewed snowcapped mountain or a glassy lake surface, the filmmaker keeps most of his story’s action confined to interiors, and when his characters do venture into the great outdoors, they spend most of their time in dense pine groves that effectively block off Iceland’s picturesque vistas."

Full review at Slant.
Posted by Carson Lund at 10:11 AM No comments: 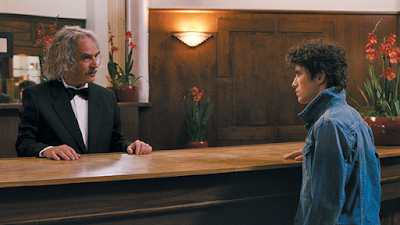 "This principle of elimination—why provide surplus aural and visual stimuli when two or three pieces of information will do?—informs every scene here, from a literary cocktail party that Vincent crashes to a dinner date between Marie and Joseph, both of which play out in a minimum of punctiliously arranged frames and share a blatant disregard for naturalistic ambiance. In many ways, Green's work runs directly counter to the show-don't-tell mode of cinematic thinking that valorizes 'leaving space' for the viewer's imagination. Instead, Green outlines his character's feelings and motivations in dialogue, ensures that nothing interrupts the transmission of the sentiments, and points his camera directly at his character's faces, those apparent vessels of truth—and yet, a sense of psychological complexity, even mystery, remains."

I wrote about Eugène Green's latest film, showing at the New York Film Festival, for Slant Magazine.
Posted by Carson Lund at 9:47 AM No comments:

I interviewed writer/director/critic Gabe Klinger at the Zurich Film Festival for Filmmaker Magazine, in which we discussed his new film Porto, its unique use of various film gauges, and its debt to Manoel De Oliveira, among other things. Here's one of my favorite bits:

"Klinger: When I’ve been in romantic relationships and they’ve run their course, I think there’s still a little bit that you can salvage from whatever’s left. You always ask the person, 'don’t you remember the good moments?' But more often than not, the bad things cloud those things. And it works the other way around, too. The irrational side of us always wants things to stay as they are, but if you’re not in love anymore, you can take the rational posture, which is also kind of irrational, because love isn’t a coherent thing. So the person who wants to stay in the relationship becomes the crazy person and the person who wants to leave the relationship because it’s 'for the best' becomes the rational one, but actually you’re both irrational. There’s no clear-headed way to summarize what happened to you."
Posted by Carson Lund at 11:14 AM No comments: 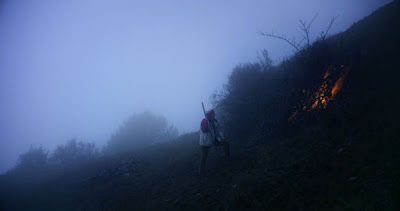 "It's generally agreed upon that one should allow themselves a few hours of decompression and acclimation when first landing in a faraway city, but as I drowsily touched down for the 12th annual Zurich Film Festival after an arduous 10-hour flight, time was not on my side, so I rushed instead to a film that captures something ineffable about the frazzled traveler's mindset. Gabe Klinger's Porto, my first taste of the festival at an evening showing, is about bemusedly roaming in half-light through a foreign city while periodically drifting in and out of recollections of a potent recent relationship gone sour."

I attended the Zurich Film Festival and covered it across two dispatches for the House Next Door.