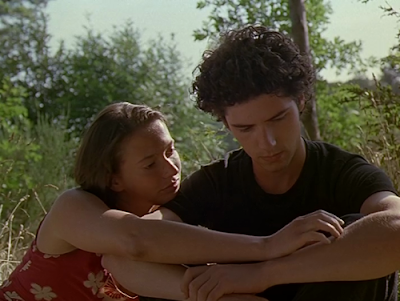 "[Rohmer's] unaffected style recalls what Bazin once said of Erich von Stroheim’s direction: 'Take a close look at the world, keep on doing so, and in the end it will lay bare for you all its cruelty and ugliness,' only in Rohmer’s case one must substitute 'comedy and tragedy.' The Cahiers veteran, a spry 76 when A Summer’s Tale was released, only moves his camera when his characters move, eliminating all expressivity to stare calmly and directly at his romantically entangled youngsters. But that’s not to say that his visual decisions lack variety." Read on at Kicking the Canon, the new offshoot of In Review Online.
Posted by Carson Lund at 11:23 AM