The Record Club #3: Sam Amidon "All is Well" 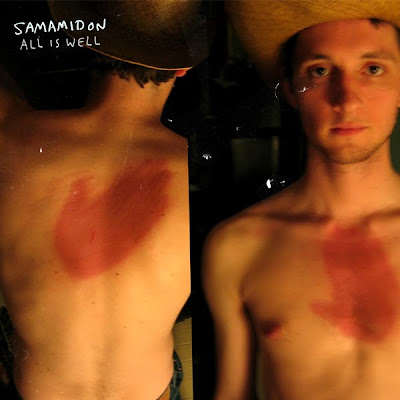 Two months ago, Ed Howard initiated The Record Club, a monthly series where bloggers gather together to discuss an album chosen by a host writer. In May, it was The Heart of the Congos over at Ed’s blog Only the Cinema, a seminal reggae album by the virtuosic vocal group The Congos, and the latest discussion was Brand New’s The Devil and God Are Raging Inside Me at Kevin Olson’s blog Hugo Stiglitz Makes Movies. The idea is that in a world of such scatterbrained engagement with media, this communitarian approach to music consumption offers an arena for people to talk about a single album at the same time with a shared experience. Also, it’s an open group, so anyone can join and promotion of the series is encouraged all over the web.

I’m going to be hosting the third discussion on Monday, July 25th, and my selection is Sam Amidon’s lovely 2007 album All is Well. It's the month of American Independence, so I figured how better to celebrate that than with an album of traditional Appalachian folk songs? But this can be deceiving; these are not the covers you'd expect. I see this as one of the most compelling contemporary folk records because of the way it simultaneously pays homage to an ageless tradition of American folk music (it’s a set of ten “covers”, though that term could hardly be applied looser) and engages with a far more modern sensibility, which is something I’ll get into more when the discussion kicks off later in July. There's a lot to fall in love with, and as such, I expect there's also a lot to find problems with. It's an album that I hope will prompt some exciting conversation around the themes of originality vs. mimicry, storytelling, and the folk genre itself.

Feel free to post the banner below on the sidebars of your own blogs to encourage the widespread promotion of this and future discussions! 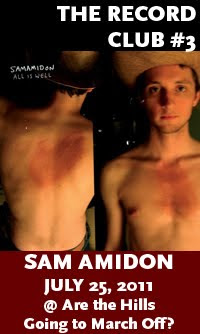 Great choice, Carson. I've heard a few songs here and there on some of my friends' playlists. I've already listened to it a couple of time now.

Awesome Kevin! I can't wait to hear your thoughts. Amidon is not as well-known as I think he should be, so I'm surprised you've heard him.

Oh yes, Carson. Any folk singer worth knowing will be discovered for those that seek them in the greater Portland area, hehe. Portland and Seattle are making some of the best indie music today, and so I hear from a lot of my friends (musicians and artists) who are more plugged-in to the scene than I am about all kinds of artists I've never heard.

One of my friends knew I liked the band The Snake The Cross The Crown (I mentioned them in my Fleet Foxes review) and the folk artist Willy Mason (Omaha guy), so he put some songs together on a mix for me and a couple of Amidon's songs were on there.