Hello, My Name is Doris (2015) A Film by Michael Showalter 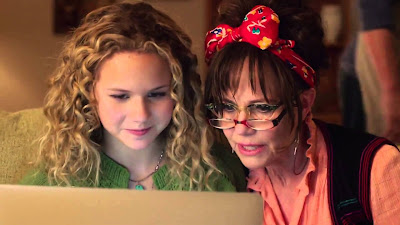 "Despite some grace notes, such as Kyle Mooney's hilarious turn as a mealy-mouthed photographer, it's hard to work up much enthusiasm for jokes built so unapologetically around the spectacle of a character's daffiness. Field's efforts to convince are thwarted continually by scenarios that make Doris a walking gag, and it's not until a late-stage reality check that the script nods to the bruised psychology influencing her artificial awakening. Still, what's most palpably and regrettably missing is the sort of self-consciously absurd riffing that powered David Wain's They Came Together, which Showalter co-wrote." Full review at Slant.
Posted by Carson Lund at 2:04 PM