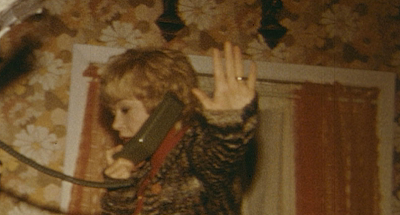 Stories We Tell: A very pleasurable experience less because of Polley's meta-fictional Investigation into Memory and The Human Condition and more because of the film's loving portrait of an eccentric family/"family," but I'm less interested in talking about how her father resembles Einstein and her brother has some awkward laughing fits than I am in questioning the film's strategies. At its core, Polley's decision to angle her memoir towards a third act twist that reveals the constructed nature of the film's 8mm home-movie flashbacks (it's pretty obvious this is the case right off the bat, as every shot is so conveniently complementary to what's being said) does her no favors. Why not either be forward about concerns of narrative and cognitive reconstruction from the get-go or not spill the beans at all? I can't help but think that in trying to pull the rug out from under the audience, Polley's only dodging the real investigative work that she could have spent over an hour doing. Instead, we get a didactic section in which she deceptively spells out her intentions of highlighting the discrepancies between recollection and fact (obviously unrealized ones unreflected in the film's montage), which winds up having a reverse effect of revealing what the film is actually doing: not studying the cognition of the interviewees' but rather making clear the self-discovery process of Sarah Polley. She's using the duplicitous act of filmmaking in an attempt to understand her parents' history and how it relates to her. All of this is to say the film is more of an exploratory process than a fully realized, internally coherent object, a truth that would go down easier were it not for Polley's muddled but emphatically telegraphed intellectual aims. 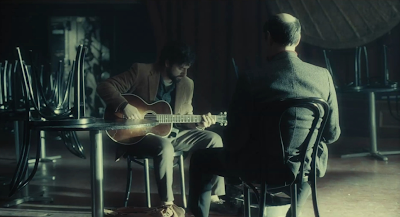 Inside Llewyn Davis: Initial impulse is that the Coens' latest nails a series of frustrations particular to independent musicians: 1) the feeling that for whatever reason the zeitgeist has passed you by, that the general consensus is slightly out of step with your creations; 2) the resulting sense of diffused irritation, simultaneously pointed at everyone and no one in particular; 3) a tendency to then retreat inward, convinced of your authenticity within a landscape of phoniness. In a sort of masochistic way (I'm a musician myself that has felt like Llewyn more times than I'd like to admit), I enjoyed the hell out of the film for these reasons, even against my better judgment. In retrospect, I feel skeptical about the film's perhaps too-easy design, which involves trotting out an ensemble that skews a little too neatly towards one-dimensional hostility (Cary Mulligan's sour impregnated careerist the most conspicuous offender, John Goodman's declining jazz-head a more charismatic simpleton). When a character's not expressly designed to belittle Llewyn, they're usually some varying shade of cheaply presented pandering conventionality; thus Justin Timberlake's thoroughly white-bread pop performer, a role that functions at least partly as the actor's winking autocritique. It's clear to me that the film's not working on the level of realism (its best scenes, both set on a snowy highway, have intriguing mystical overtones enhanced by Bruno Delbonnel's death-shrouded cinematography), that its outsized archetypes are more a product of Llewyn's downtrodden subjective filter than they are of the Coens' alleged misanthropy, but there's still something simpleminded about the way the film wipes away any sense of a persuasive human argument against its protagonist's all-consuming pessimism. Already dying to watch this again though, so I have hope that some of my reservations are somewhat negligible.
Posted by Carson Lund at 8:16 AM