A Selection of Excellent Film Writing from 2013 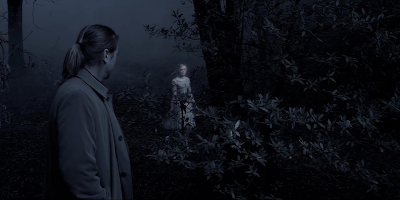 These days, I spend more time reading criticism than I do actually watching films. I imagine this to be the case for many on-and-off writers like myself, so it seems silly to not take some kind of annual stock in this activity. Not to mention that in a year of so many disheartening layoffs in the film-journalistic professional world, as well as the continuing dispersal of online cinephilia, critics are not exactly in the highest public or professional opinion. Frankly, I feel respect is due. I'm active on Twitter, where film discussions tend to get fairly muddled and schizophrenic. Appreciation is so often parsed out in the form of minute-by-minute mentions, favorites and retweets that it can be hard to tell when someone really means something. In this regard, take this is a gesture of clear-headed and considered gratitude.

The following criticism – essays, reviews, weekly columns and, in one case, a list of blurbs (with the exception of one piece that also functions as a review, I omitted interviews because I just don't read many) – stands out cumulatively as a corrective against a movie culture of prevailing simple-mindedness. Distinguishing these pieces is their sense of a voice: unique, often openly personal, and always politically, historically, and aesthetically engaged. In some cases, the writing is witty and sarcastic in its direct dismissal of a film or cinematic trend; other times, the writers convey an immense openness, a knack for methodically (perhaps even "objectively") weighing the pros and cons of a given film. In special instances, through sheer conviction and passion, novel philosophies regarding the cinematic medium – its value and importance as personal, political, or spiritual pursuit – become apparent. Taken together, the criticism linked to here is fertile proof that, regardless of how fiscally unprofitable it may be, the online cinephilic community is alive and well.

Note: I didn't keep a real-time record this year of all the fantastic pieces I was reading on a daily basis. This collection is an act of top-of-my-head recollection, so hopefully the cream rose to the top. That said, I'm obviously missing so many great writers and essays. I apologize for that, and hopefully what I may (or may not) have retweeted on Twitter over the past twelve months is of some value.

Second Note: You'll notice that I've made very little attempt to be all-inclusive with regards to the websites I've pulled from. What will become clear is that I'm a pretty avid reader of MUBI, Reverse Shot, and cinema scope. With all due respect to the many other sites that are bookmarked on my browser and are more than worth your time (Slant, Fandor, Film.com, etc.), these three hubs have yet to be trumped for quality, seriousness and consistency. On a somewhat related note, it seems personal blogs have fallen out of fashion in the last few years, which is a real shame.

Michael Koresky: "Passing Through" // Reverse Shot // (Review of Before Midnight)

Vadim Rizov: "And Everything is Going Fine" // cinema scope // (Review of Side Effects)

Bill Ryan and Keith Uhlich: Conversation on Twixt // October 2013 // To Be Contd.

Josh Timmerman: "Terrence Malick, Theologian: The Intimidating, Exhilarating Religiosity of The Tree of Life and To the Wonder" // 6/22/2013 // MUBI Notebook

(Final Note: Please post your favorite pieces in the comments section to, you know, further spread the love.)

Great collection of film writing. And thank you for linking to my Richard Linklater essay, which is probably my own favorite of the things I wrote this year.

A couple of my favorite pieces of writing not on your list:

Thanks for the comments, Tom and Michael! And thanks also for including extra links. I remember the Jones piece but I thought that was from 2012. Martin's Bieber analysis was also a gem!

I like the Linklater essay and completely agree that parts 2 and 3 of the Jesse/Celine trilogy are his best work, or at least the best Linklater films I've seen.

Please also feel free to edit my comment so that my links can be clickable, if you wish. I am a total ignoramus when it comes to HTML.

Also: Ryland's precepts for the writer in 2013, which's prob one of the best pieces on film crit full stop, never mind 2k13.

This year I also loved the McTiernan letters, this i/v w/ David Gatten, and Dan Sallitt's compilation of notes on Naruse.

Also anyone who read Gina and David's amazing Dwan dossier, or I guess anyone who's interested in working on (or in) movies today, should read Gina's reflections on making and thinking about that process (such openness and generosity is rare).

Oh, and prob this too.

Michael Sicinski's (topping himself this year, IMO) review of the Jeonju shorts was the best film criticism I read all year.

Kurt, I haven't seen those two films yet, but I'm sure the Coldiron pieces are valuable.

Matthew, great additions. I'm kicking myself for forgetting the Ryland essay you mention. I do remember reading it but for some reason thought it was from 2012. Also, haven't seen any Dwan films so I didn't want to dig into that dossier yet.