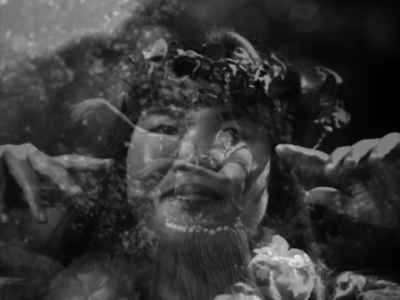 Promised Land (2012): Aside from the occasional blanketed reminder of Bela Tarr influence (a slow tracking shot around the back of a head during a dialogue scene; a dolly move ostensibly tracking an old man's journey onto his porch that slides behind a dark, featureless wall to glimpse his figure through an old curtain) and the interest in the lackadaisical rhythms of small towns, there's little resemblance between this new, unambitious Gus Van Sant and the old Gus Van Sant who was one of the treasures of American independent cinema. Whereas Van Sant's formal daring could once transform narrative downtime into enthralling pieces of cinematic meditation, here the conventionally sedate surface of the film becomes especially banal when the narrative lurches into stasis. Promised Land carefully establishes a conflict pregnant with tough moral questions in its first act: Matt Damon is an earnest businessman seeking to enact a potentially environmentally disastrous cause on a farming community for the sole purpose of collective profit; John Krasinski is a corrupt environmentalist/businessman hoping to sabotage Damon's ambitions with communitarian spirit and horror stories about the previous side-effects of corporate dishonesty. It's as good a narrative setup as any, but the film grows limp and mopey two-thirds of the way through and never really recovers.

Wreck-It Ralph (2012): Little more than a parade of references to my generation's slew of iconic video games (N64 iconography features prominently), Wreck-It Ralph is nonetheless still mildly enjoyable. The pleasure of spotting nods – and at some points even reliving the experiences of playing certain games (as in the Mario Kart-heavy finale) – usually outweighs the displeasure of sitting through such a clunky and generic narrative, which is rapidly paced in all the parts it needs to take its time and vice-versa, and which is only compounded by the cognitive dissonance of listening to gross-out humor specialists John C. Reilly and Sarah Silverman voicing pandering kiddie roles. In the end, however, it's the unimaginative story that finally threatens to consign the film to the overflowing tar pit of contemporary animation mediocrity.

Epizootics! (Music Video, 2012): The music video for the ten-minute "single" from Scott Walker's Bish Bosch is a beautiful thing: eerie, inspired, and funny in equal measure. Hyper-slow-motion shots in rich monochrome seem indebted to Lars Von Trier's new baroque, painterly mode (Antichrist and Melancholia), but divorced from narrative concerns, these images work on a purely formalistic level. The compositions – static but with slowly shifting cores of movement (a luau dancer seducing the camera with ritualistic gestures, a black couple doing the jitterbug on a Marienbad-esque patio, a figure awakening in the middle of a field) – create palpable tensions with the dissonant, rhythmic intensity of "Epizootics!" that resolve once the song reaches Walker's characteristically meditative moments. At one point, we see, in color, a daddy longlegs walking across a bellybutton, glimpsed through the paper-thin focus of a macro lens. Another image, this one recurring, shows flower pedals falling through the sky and onto a pair a shiny white shoes, later sprinkling all around a woman's face. This unpredictable evocation of people lounging around in nature, coexisting with bugs and plant-life, manages to be just as strange and expressive as Walker's music. Watch it here.

2 Days in New York (2012): My few experiences with Julie Delpy are fond ones. The French-American actress has a warm, Earthy presence, not to mention an unmistakable tactility (she has the most pronounced breathing and mouth sounds in cinema), that makes the entrance into whatever film world she inhabits a smooth and welcome one. It's no surprise that she's the real virtue of 2 Days in New York, a light, proudly imperfect neurotic comedy directed by Delpy herself after its companion piece 2 Days in Paris, both of which focus on Marion (again, Delpy), her oddly convincing American boyfriends, and their respective run-ins with Marion's crazy French family. Delpy's as unapologetically narcissistic as Woody Allen in her sacrificing of all narrative and thematic concerns to a cinematic self-therapy session, but unfortunately she's not nearly as funny as Allen, and her particular way of poking fun at social mannerisms has the tendency to descend into reductiveness (the French are impolite and un-self-aware, middle-aged urban couples are really gullible, educated writer types are skeptical liberals, etc.) and, as a result, actually decrease the potential for great comedy to organically emerge. Still, she's a lively presence onscreen, and it's hard to stop watching her. 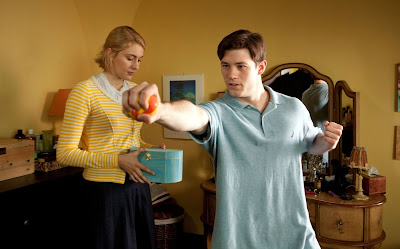 Beasts of the Southern Wild (2012): If this manages to take home a Best Picture from the Academy after miraculously getting a nomination, then maybe cinema (hell, maybe even society) is dead. No, I kid. But seriously, the praise for Benh Zeitlin's rancid Beasts of the Southern Wild has perplexed me more than anything in 2012, and it's depressed me about the state of film culture more than any of the nonsensical anti-Hollywood/anti-CGI/anti-digital sentiments in the "Death of Cinema" screeds that have been widely published. Zeitlin (a white liberal from NY, it must be said, who was well off enough to make this his debut feature) crafts a deplorable trivialization of Hurricane Katrina that is marked by a queasy balance between exaggeratedly aestheticizing the decay of poverty (tactile close-ups of bubbling hobo broth and muddy livestock are emphasized over the people) and ignorantly championing the self-sufficiency of the poor, flimsy souls in the film that masquerade as three-dimensional characters. But beyond the shallow and offensive politics, Beasts is stupefyingly lazy filmmaking. Montages replace scene-building, unintelligible group dynamics overshadow character development, fraudulent lifts from the Malick playbook completely miss the point, and dunderheaded metaphors (those goddamned overused "beasts") thinly cloak real, painful trauma. And then there's the offense to top it all off: Zeitlin's faux-realist camerawork, a hodgepodge of focus "mistakes" and calculatedly jerky handheld, seemingly intended to lend a veneer of emotional truth to the whole thing.

Damsels in Distress (2011): The verbal dexterity of Whit Stillman's work creates a surface texture that is all too rare in contemporary cinema, more in line with 30's and 40's screwball sensibilities than any particular development in modern comedy. For at least half its runtime, the complexity of the wordiness in Damsels in Distress is enough to keep it lively and fresh; for much of its second half, however, the film shows a watering down of the distinctive Stillman flavor, a gentle turn towards the tropes and plot mechanics of generic indiedom. (Beyond the new-girl-on-campus conceit, there are individual scenes, ensemble formulas, and a cloying bells-inflected score that feel as though they could have been pulled from any quirky college comedy of the past decade.) Still, with Stillman crafting such delicious dialogue and with the infectiously watchable Greta Gerwig front and center, the film never becomes dull, even approaching at times the characteristically Stillman-esque push-pull between a sympathy towards the characters and a cool critique of their shallowness. It's just that it hews too closely to the director's previous takes on overeducated and sheltered youth to really stand apart in his body of work.

On Spec (2012): From the ever-intriguing Mubi.com critic David Phelps comes this fascinating 22-minute piece of homespun avant-garde cinema, a seemingly free-form collage of slapdash aesthetic ideas, narrative approaches, and shooting formats. Shot within the confines of Phelps' Brooklyn apartment, with one brief sojourn to the roof of the building, the film gathers artifacts and impressions out of what seems like a compact chunk of time and mixes them, distorts them, and fragments them with reckless abandon. Ostensibly naturalistic, on-the-fly moments of Phelps and his roommates shooting the shit are contrasted by fleeting instances of time rendered abstract through harsh pixelation and unreal colors, a disjunctive pairing complicated further by the playful shifting between digital shooting devices (laptop vision, cellphone cameras, DSLR's (?)) and film stock. This dense visual surface is paired with a soundtrack that has a life of its own, splintering around the speakers in crushed bits of noise and occasionally falling off into silence. The impression of an avid thinker arbitrarily putting a slew of critical theories into practice via images and sound is inescapable, but for me it doesn't hurt that I'm also fascinated by the array of ontological issues that On Spec raises, and furthermore, the film becomes especially relevant in the context of Phelps' critical writing, which similarly features an abiding interest in reality and its relationship to the moving image as it enters the 21st century.

One thing I agree with.....Beasts is a piece of tripe. It's god-awful. And that performance from the girl getting an oscar nod is ridiculous not that it matters....except that people like Rachel Weisz go unrecognized.

2 Days in New York- I really liked this film and thought it a charming screwball comedy. One of my favorites of 2012 and the one I laughed the most with.

Weisz' snubbing is just one of the many reasons why the scar's are a joke. Wallis' is surprisingly good in Beasts, I think, but it's undermined by what she represents. Her nomination speaks more to the country's eagerness to "discover" fresh talent than it does to any exceptional acting though.

My blurb on 2 Days in NY may have made it seem like my reaction was unfairly negative. I thought it was an OK movie with more spark and life than your average indie comedy, but I still see it as kind of a mess.

I honestly didn't think Wallis was any better than any child actor would be in that part. Anywho.

2 Days IS kind of a mess...but I just flat out enjoyed it. We both like Delpy though...she's super.

I think referring to it as the 'Scars is the most apt and lovely typo I've seen in quite some time. I mean...for crying out loud, Jennifer Hudson is an Oscar winner!

You're right. Foolishly, I didn't even realize it. I'm gonna go with that from now on.