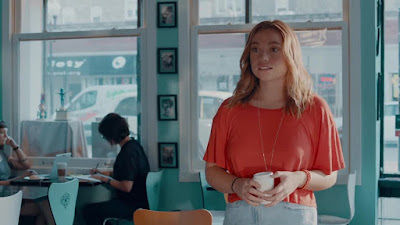 "At once a vacation movie and a homecoming story, a coming-of-age and coming-out tale, and a study of both teen epiphanies and adult convictions, writer-director Stephen Cone’s Princess Cyd is distinguished by a dramatic complexity that would seem to run counter to its remarkably even-tempered tone. The film’s summertime plot picks up nine years after a tragic incident left Cyd Loughlin (Jessie Pinnick) without a mother—a backstory revealed obliquely in the police recording that opens the film, then detailed later in a cathartic speech delivered by Cyd in close-up to the camera. In spite of this turbulent history, however, the film’s characters exhibit few obvious traces of having persevered through unthinkable trauma, and this is the clearest indication of Cone’s maturity as a dramatist. Instead of underlining past disturbances with ornery character traits, the director examines well-adjusted individuals who’ve managed to compartmentalize their pain."

Full review continues at Slant.
Posted by Carson Lund at 11:24 AM