Richard Linklater: Dream is Destiny (2016) A Film by Louis Black and Karen Bernstein 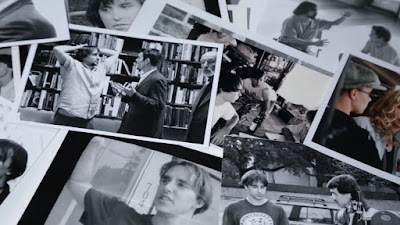 "'He kinda has to create another world to express how he feels about this one,' enthuses Boyhood star Ellar Coltrane of director Richard Linklater during the procession of admiring quotes that opens Richard Linklater: Dream Is Destiny, the third recent release to offer a peek into the life of the Texan filmmaker and the second to do so in the style of a conventional expository documentary. Such an awe-strikingly general statement (about what director could this not be said?) isn't exactly a surprise from a young actor, but it's also not really the kind of sound bite that primes a viewer to expect critical rigor, and in placing it right at the head of their film, directors Louis Black and Karen Bernstein set an unfortunate precedent that's seldom surpassed. In fact, Coltrane's quote isn't even the flimsiest inclusion: At one point, longtime Linklater editor Sandra Adair declares that “he knows his characters so well and he understands the kinds of films he's making.”

Full review at Slant.
Posted by Carson Lund at 10:46 AM