Tired Moonlight and the 16mm Vogue 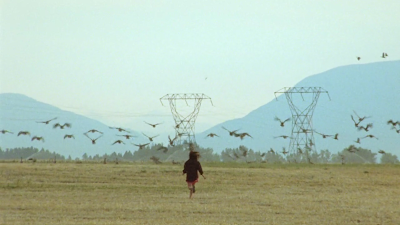 "In general, shooting on 16mm in a world where digital is far more readily available means accepting—or, in these filmmakers’ case, embracing—roughness. This is all well and good; like many cinephiles who’ve grown into a landscape where the opportunities for such pleasures were already diminishing, I enjoy admiring the textures of cheaper celluloid stock, particularly if a perfunctory use of slick HD is the alternative. But what I’m starting to suspect is that the materiality of this medium (which, tellingly, is on the brink of extinction) is taking precedent in this wave of narrative films over how it’s being put to use through visual language. To say that these filmmakers are choosing 16mm and calling it a day aesthetically is definitely overstating it, but I do wonder if there’s not a certain degree of slackness seeping into the process—a disregard for the craft of artificial lighting or a wily-nily approach to framing, for instance—in lieu of simply admiring the way the medium is capturing reality." For MUBI's The Notebook, I wrote about the recent surge, spawned by Sean Price Williams, of 16mm production in independent filmmaking, a trend that informs Britni West's new Montana community portrait, Tired Moonlight.
Posted by Carson Lund at 10:55 AM