The Creation of Meaning (2014) A Film by Simone Rapisarda Casanova 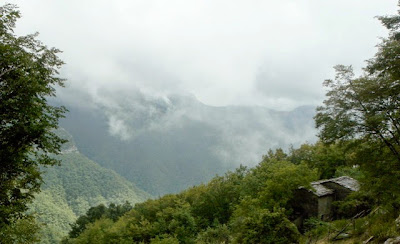 "At first glance, The Creation of Meaning's title seems unapologetically, unambiguously direct with regard to the film's spectatorial challenge. The film starts by offering a series of disparate stimuli: talk of Italian-German conflict during World War II, a group of young students, a mountainous Tuscan landscape clouded in fog, a solitary farmer trudging through thick brush, a shot of a beetle toppling itself over. These discrete components of image and sound exist somewhat autonomously in the context of a languorous visual style where takes can run as long as 15 minutes, which frustrates an impulse to make dialectical associations within the montage." Continued over at Slant as part of coverage for the New Directors/New Films Festival.
Posted by Carson Lund at 2:25 PM