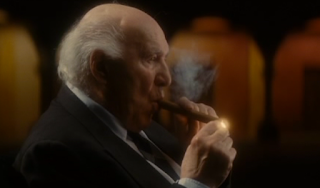 As of today, I'll be contributing occasional reviews to In Review Online, which is currently edited by Kenji Fujishima, the founder of the blog My Life, at 24 Frames Per Second as well as a critic for Slant Magazine. Throughout its brief but illustrious history, the website has been host to several talented young critics who have since become remarkably successful in their trade – Calum Marsh, AA Dowd, Simon Abrams, and Andrew Schenker, among others – and it continues to feature a rotating cast of great writers to this day, so I'm more than happy to be involved. My first review – of 91-year-old Alain Resnais' possible farewell to cinema, You Ain't Seen Nothin' Yet – is now live at the site. The film's not only as wise and assured as you'd expect from the veteran master, but it's also stranger and livelier than anything I had prepared for.
Posted by Carson Lund at 9:30 AM