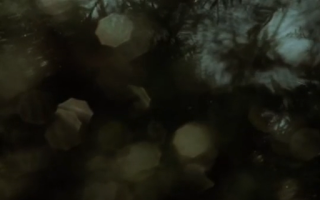 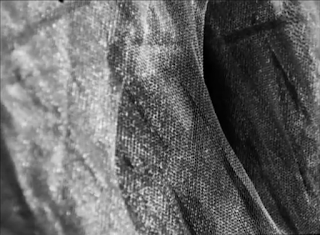 (Note: Many of Todd's films – including some of those discussed in this piece – are available in full or excerpted form on his treasure chest of a Vimeo profile, but I have only written about the films I saw in the theatrical setting. It goes without saying that this is the ideal venue for this kind of work.)

The otherworldly meditations on the everyday produced by Boston-based filmmaker/professor Robert Todd are some of the most underappreciated visions in contemporary experimental cinema. Living in the same niche as the much wider seen work of Nathaniel Dorsky, Todd’s films have consistently targeted an alternative way of seeing the world, privileging abstraction over concrete representation to turn mundane spaces into alien landscapes of light, color, and texture. However, despite the way his work brushes against the unknown in its willful transformation of perceived reality, it also maintains a sensuous connection to earthbound pleasures; though he’s lived and worked in a major urban center for decades – a quotidian reality that would lead another filmmaker to concoct something like Peter Hutton’s New York Portraits – his films are notable for their tranquil evocations of nature, of animals, of children playing, etc.

For the majority of his career, much of this material has been captured within and around Boston. Todd’s past year’s worth of work, however (which recently screened at the Paramount Theater), finds his camera discovering the latent alcoves of cinematic beauty in locales as diverse as Canada and Portugal. All shot on 16mm and presented silent or with ambient soundscapes, the six works presented (part of an alarmingly prolific total of 14 in 2012) expand upon Todd’s sophisticated idea of the lyrical film, not only widening the depths of mood already achieved in his oeuvre but also introducing new landscapes, textures, and perspectives. 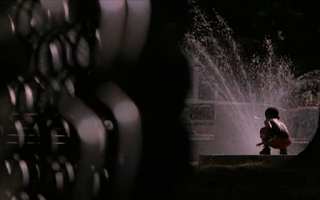 The program opened with a somewhat comfortingly familiar slide into the Todd world: Summer Light: Tuesday, a silent, sunny ode to his Jamaica Plain residence that Todd himself described aptly as “the way my mind works.” The film is the fifth and final piece in a series of works focusing on different qualities of light in the summer, and here the focus is on even mid-afternoon rays obstructed by layers of foliage. Todd's richly textured images of plant life, unidentifiable surfaces, and the rare, fragmented hint of humanity are marked by strong contrasts between sun-bleached portions of the frame and regions shrouded in thick darkness. Long lensing renders much of the images as washes of color and light punctuated by one particularly detailed focal point, such as the skin of a leaf or the surface of a chain-link fence. The fluidity of these images in conversation with one another becomes especially impressive when taking into account that they were edited in camera on a single 100-foot roll of 16mm; analog dissolves and subtle superimpositions abound, speaking to Todd's prophetic feel for tempo, visual architecture, and exposure. 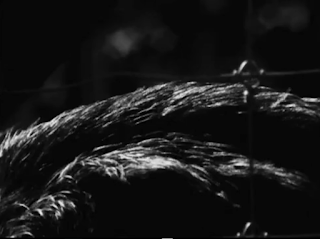 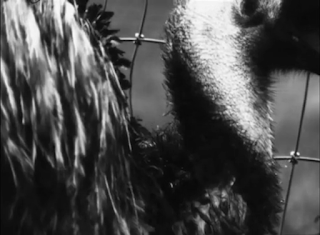 If Summer Light: Tuesday seems to exist within Todd’s artistic/mental comfort zone, the next films suggest the filmmaker attempting to chart less familiar modes of representation. Construct is shot at an emu farm in one of Todd’s favorite formats: high-contrast black-and-white stock, which casts the photographed reality under a particularly chalky chiaroscuro, rendering it strange and unearthly. The science-fiction undercurrent of Todd’s work detected by one commenter in a post-screening Q&A is a sentiment that likely arose from this film in particular. Given the way Todd’s close-ups, canted angles, and distinctive film stock transform the emus into an amorphous mass of silver fur and twig-like limbs, mistaking the film for extraterrestrial footage is not entirely out of the realm of possibility. Likewise, every earthly object has been transformed into an abstraction; a sheet blowing in the wind becomes something else entirely, and the source of one cotton-like surface dappled with light is impossible to discern. On the soundtrack are what presumably were once diegetic recordings at the farm, but they're distorted and looped beyond recognition so that what's left is a murky drone augmenting the already ominous mood developed by the imagery. 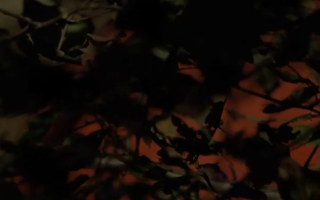 Emus return in Sunderlight, this time in color but looking no less menacing. If there's one key difference between Construct and Sunderlight besides the shift to monochrome to color, it's the overarching tone. While Construct is eerily meditative, Sunderlight is the closest thing to an imposing horror film in Todd's body of work, an impression largely aroused by a haunting, sustained ambient score of clipped diegetic noises, long bell-like tones, and ghostly, operatic vocal bits. The bizarre presence of the emus is crucial too; these slender, jittery creatures stare at several points directly into the camera, and the only thing separating them from the viewer is a measly wire fence that Todd's camera pays a great deal of attention to. It's possible to read a certain environmentalist warning into the film (could Todd be making a statement about the dangerous human habit of forcefully containing nature?), but as with all of these pieces such narrative or thematic analyses come up short. What's really achieved here is the approximation of a completely foreign perspective. Brakhage's lofty aim to use the camera as a child's eye is fully realized by Todd; Sunderlight presents an environment so profoundly fragmented that every shot feels like an unsettling discovery through some primitive consciousness.

The same impulse towards extracting a sense of uncertainty or danger out of ordinary places is inherent in Passage, though it’s re-contextualized to fit a more geographically and thematically diverse film. Erecting dichotomies such as nature vs. civilization, subjectivity vs. objectivity, and comfort vs. foreignness, Todd’s camera spans a nondescript forest, Portuguese ruins, and tall, mathematically ordered buildings to present a meditation on visual forms that echo across organic and man-made phenomena. As is often the case, Todd uses an aesthetic framework to link his images together; in this case, it’s the visual incorporation of dark doors and windows framing the world beyond it, implemented as portals to the various locations in which he films (the idea of passageways, both organic and synthetic, was established by Todd with his 2011 film Portcullis). Within this framework, nature possesses a serene quality (typical in Todd’s work and another of several things that aligns him with Brakhage) while buildings and foreign landscapes are to be regarded with additional caution and consideration. 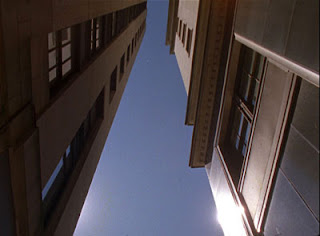 Mosaic de Porto continues the arms-length fascination with Portugal introduced by Passage. In both films, footage taken in the country is clearer, crisper, and more evenly lit than the type of amorphous, intimate imagery in Todd's domestic work, but despite that superficial clarity the Portuguese material feels distant and unknown, the activities captured capable of overwhelming Todd's usual command of the frame. Mosaic de Porto offers a flurry of afternoon impressions in a well-populated area, shifting from a significant human element (children running around in grassy fields and families gathered for picnics) to images of the landscape and architectural creations. Rather than bending the physical world to his own painterly aspirations, Todd's presence is closer to that of a fly on the wall, collecting bits and pieces of what's happening around him, attempting to adhere to his impulse towards contemplative abstraction but consistently being thwarted by the level of exuberance and newness in his vicinity. As such, in spite of its brevity Mosaic de Porto nonetheless bursts with life, showcasing a looser but no less potent side of Todd's artistic sensibility.

The evening concluded with one of Todd’s throwaway joke films – a mash-up of close-ups of Elijah Wood from Peter Jackson’s Lord of the Rings trilogy that’s allegedly a homage/update to Carl Dreyer’s The Passion of Joan of Arc – but even this seemingly tossed-off experiment is in line with Todd’s sensibility, sharing parallels with his lyrical work in the way it takes a familiar object (a daily environment, a pop culture item) and distorts it to create an unfamiliar space of contemplation. By isolating the emphatically emotional close-ups of Wood, the actor's face becomes a landscape of reflection, simultaneously encouraging and frustrating a narrative reading. Todd, noticing certain patterns within Wood's expressions that fall loosely into the categories of wonder and intense agony, slowly sculpts the arrangement of the shots to extract a bizarre maternal narrative in which the smiley Wood seems to birth a devilish doppelgänger who is repulsed by his creator. There were plenty of laughs scattered throughout the theater during this clever repurposing act, but they were balanced by the sense that Todd’s aims were just as eye-opening and worthwhile as in his more decidedly serious work. In the process of watching these films, one witnesses the physical world radically re-imagined in a way that that unveils the beauty, complexity, and strangeness previously hidden in plain sight.