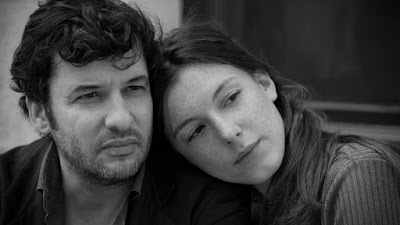 "Like In the Shadow of Women, Lover for a Day is shot in widescreen black and white by Renato Berta, staged in a prosaic suite of bedrooms, cafés, and side streets, and narrated in a terse short-form prose style. But in contrast to Garrel’s last film, which diligently plucked away at the morose self-importance of its male lead, the wise French dramatist’s latest foregrounds the malleable spirits of its young female characters, leaving Gilles something of an implicit gravitational force rather than a subject of sustained consideration. In doing so, the film adopts an unbiased lucidity. Instead of the wry, pitch-perfect assessments of human behavior contained within In the Shadow of Women, we get a hushed sense of awe and empathy as Garrel ruminates on the burgeoning womanhood of his daughter, here cast for the first time in a lead role under his direction, by way of the character she inhabits."

Full review of Philippe Garrel's latest film continues at Slant Magazine as part of the site's annual coverage of the New York Film Festival.
Posted by Carson Lund at 11:29 PM