Hermia and Helena (2016) A Film by Matías Piñeiro 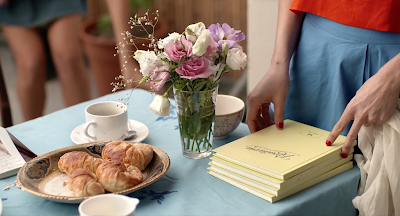 "Matías Piñeiro's Hermia & Helena offers an implicit rebuke to the received notion that the American debuts of eccentric international filmmakers are bids for accessibility. The film's narrative concerns the residency of a young, Bueno Aires-based theater director, Camila (Agustina Muñoz), in New York City, where she's been invited to translate A Midsummer Night's Dream into Spanish for a new take on Shakespeare's canonical comedy. And while her adventures feature rekindled romances and a familial reunion, Piñeiro takes considered measures to steer clear of saccharine self-discovery drama. In utilizing a temporally and geographically jumpy structure, a series of detours and doublings that frustrate Camila's centrality in the story, and a visual surface that delights in non-narrative distractions, he even goes so far as to obfuscate whatever crowd-pleasing qualities may have existed in the material."

I wrote about my favorite Matías Piñeiro film thus far as part of Slant Magazine's NYFF coverage.
Posted by Carson Lund at 10:37 AM