Pioneer (2014) A Film by Erik Skjoldbjærg 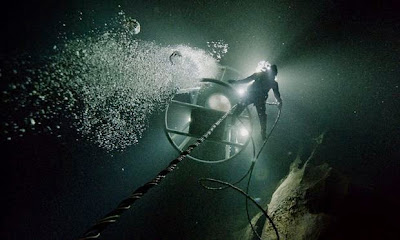 "Pioneer's greatest asset, and another trait it shares with Mann and Fincher's work, is a careful attention toward the particulars of its milieu in a way that doesn't call attention to those period touches. The film matches the quotient of moustaches, thick-rimmed glasses, and earth-toned blazers from Tomas Alfredson's Tinker Tailor Soldier Spy without ever getting Argo-level ostentatious about it. Its cinematography, from Jallo Faber, recalls both Alfredson's film in its impressively detailed widescreen master shots and lived-in ambiance of cigarette haze and any number of Fincher films in the manner in which it describes locations (specifically, the labyrinthine sea vessel) in stylishly omniscient camera movements." The rest is at Slant.
Posted by Carson Lund at 4:06 PM