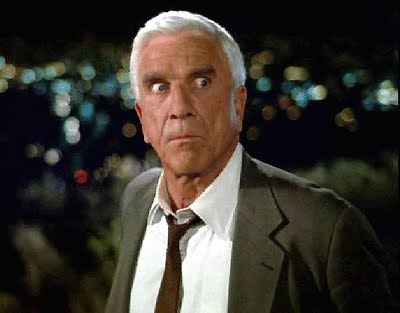 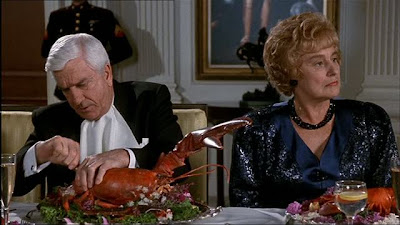 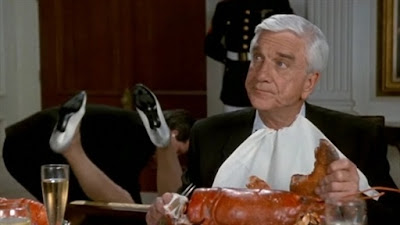 "How about a rain check?"
"Well, let's just stick to dinner."

Leslie Nielsen was hardly just that guy in the "dumb movies," as he's so often been pegged. Yeah, his comedy was dumb, but he did dumb better than most, not least because his screen persona was so relentlessly devoted to appearing oblivious to the dumb that occurred around him. Nielsen could hold a straight face better than almost any comedian of his generation, staring blankly at the object of interest while the world in his periphery went to dust. There are few faces in film comedy more iconic to me than Nielsen's. He was as deadpan as Keaton, as unexpectedly capable of dynamic facial expressions as Allen, and as physical as Chaplin. No other actor brought such joy to my youth, and could sustain such a ridiculous posture in the process.
Posted by Carson Lund at 7:29 AM

Finding out about his death while sitting in my writing class almost brought me to tears. I loved this man. He was a great actor, and a great comedian. He will be greatly missed.
-Danielle