The Squid and the Whale (2005) A Film by Noah Baumbach 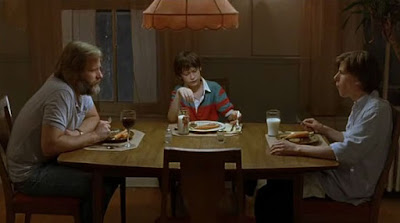 "The conventional wisdom around Noah Baumbach as a cranky misanthrope with a preemptive grudge against his fictional players—one of the hoariest ad-hominem characterizations in circulation—wasn’t yet in full swing when The Squid and the Whale bruised audiences with its lucidity and rawness. Equally hard-hearted and uncompromising in its mode of delivery as its coolly received follow-ups, Margot at the Wedding and Greenberg, the film executes its mercilessness in dart throws, with each offhand aggression piercing the cork around the bull’s-eye until the board is nearly filled up and a moment of release is granted. The cumulative impact validates Baumbach’s alleged cruelty as a natural, unshakeable route to emotional truth, not a temperament crudely applied to individual scripts. (It’s telling that his latest three efforts, the breeziness of which suggest a filmmaker reading his reviews and calibrating his tone accordingly, don’t hit as hard.)"

Full review of The Squid and the Whale, now out in a new Criterion edition, continues at Slant.
Posted by Carson Lund at 6:21 PM