The Alchemist Cookbook (2016) A Film by Joel Potrykus 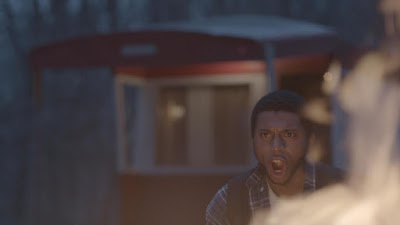 "Joel Potrykus's last film, Buzzard, placed its loafer protagonist in a crushingly dull middle-American milieu until he went berserk, with the donning of Freddy Krueger fingers and Halloween-store masks crudely symbolizing the rejection of a status-quo existence while also staying well within the bounds of realism. His new film, the beguiling The Alchemist Cookbook, begins where Buzzard left off, with the numbing social context a thing of the past and the hero, like some metamorphosing movie monster of yesteryear, transforming hastily into something beyond (or sub) human." Full review of The Alchemist Cookbook, which plays as part of BAMCinemaFest, continues here.
Posted by Carson Lund at 4:53 PM