My Favorite Discoveries/First-Time Viewings of 2015 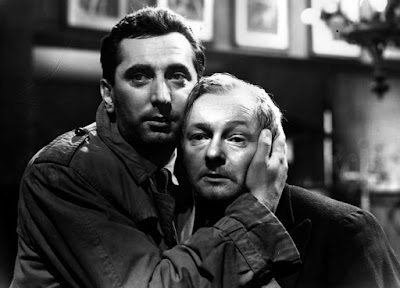 A few thoughts by way of introduction...

-Many of these impressionistic notes are pulled from Twitter records. If not, they're admittedly simplified and fragmentary remembrances.

-33 of the 50 films here were viewed on 35mm or 16mm in various repertory theaters around Los Angeles (and in a few cases Boston). For that I have the New Beverly Cinema, the UCLA Film and Television Archive, the American Cinematheque's Egyptian Theatre, Cinefamily, the Los Angeles County Museum of Art, and all of their programmers to thank. I'd also extend a warm thanks to the Harvard Film Archive, where I saw my #1 this year, and from which I had to bid farewell in May after hundreds of formative moviegoing experiences. The remaining 20 were seen via DVD, digital file or online streaming link, and for that I have various distributors, editors and web services to thank.

-Titles link to longer writing when applicable. In these instances, I've excluded a note in hopes that you'll direct yourself to the link instead.

-This list is also viewable on Letterboxd, if that's your thing.

2. The Noose (Has, Poland, 1958): Like an amalgam of Bergman's The Silence, Tarr's tipsy bar sequences and Welles' The Trial, with some Flight thrown in. So basically a form of personal nirvana. Has finds some of the most expressive uses of 4:3 framing I've ever seen, stacking faces in depth and swapping their positions like cards in a deck.

6. Downhill Racer (Ritchie, US, 1969): Speaking as a skier and former racer, this is ecstatic truth. The anxious countdowns, the sound of the trampled terrain, the feeling of peering over the slope and of removing the overcoat before the race, the après culture...Ritchie's observations are spot-on. Also, Robert Redford at his best walking a thin line between arrogant asshole and tragic fool.

7. Track of the Cat (Wellman, US, 1954): Generational clashes! Battles for patriarchy! A magical Indian both loathed and respected! Deadly alcoholism played for laughs! 50s American cinema doesn't really get weirder, darker, or more torn by competing impulses than this.

9. A Nos Amours (Pialat, France, 1983): Sandrine Bonnaire's lithe, defiant sexuality against the world. Pialat looks on with a mix of rapt fascination and pragmatic stoicism, then bulldozes into frame to personally deliver one of the most crushingly no-bullshit monologues in his entire bruised body of work.

12. They All Laughed (Bogdanovich, US, 1981): Somehow functions as both absurd male fantasy and extremely charming, harmless film about lust and desire. It's also a brilliant movie about how hard it can be to physically exist in the crowded labyrinth of a city. Sturges-caliber physical comedy.

13. The Docks of New York (von Sternberg, US, 1928): Lost souls scraping around for traces of stability in a boozed-up, clammy, overfogged netherworld that looks something like the titular location. The most sparkling celluloid print I saw all year.

14. Matinee (Dante, US, 1993): Hard to imagine a popular entertainment this intellectually audacious confronting current ISIS anxieties, but boy would it be nice if we could recruit top-form Joe Dante to do just that.

15. Yellow Sky (Wellman, US, 1948): Charts a slow, bumpy transition from amorality to democratic thought. The build-up to the final shootout is as artfully unflashy as Ford's OK Corral. As a bonus, Anne Baxter's vintage selvage Levi's are a thing of beauty.

16. Manhunter (Mann, US, 1986): Maybe Michael Mann's Meshes of the Afternoon. Three consummate Mann professionals, all complementary nodes in a Jungian field of consciousness. Cinematic convulsions when they collide. Also: a woman with a mirror face, an underfurnished suburban home, a walkway that descends back and forth.

17. F for Fake (Welles, France/Iran/West Germany, 1973): An unfiltered dose of Welles at his most quintessentially paradoxical, evenly juggling his political genius and trickster irreverence, the aggregate result a weirdly melancholy swirl of ideas that made me retroactively grasp some of his late-career films that failed to connect.

18. The Naked Spur (Mann, US, 1953): California tourism agencies should just show this film as part of their promotional package. Features some of the most gorgeous-without-being-inertly picturesque location shooting from the Technicolor era.

19. The Mouth Agape (Pialat, France, 1974): I wonder if Michael Haneke watched this humbling testament to the labor involved in death from all involved and thought, "This, but way more of the actual agony of dying."

20. Nenette and Boni (Denis, France, 1996): Here's what makes Denis inexplicably great: the best scene in this film features two characters staring at each other as the entirety of The Beach Boys' "God Only Knows" plays on the radio. It's covered in just two lengthy close-ups, across which the complicated dynamics of the characters' long-term relationship play out. The kicker? They're only supporting characters. Denis' compassion and curiosity spills over into everything.

21. Bless Their Little Hearts (Woodberry, US, 1983): Suffused so fully with the frustration and pain of poverty that even subpar acting feels like a product of hardship eating away at the individuals making the film. Rivette's proposal that "every film is a documentary of its own making" proved a more useful framework for me here than in the actual Rivette film further down on this list.

22. The Bravados (King, US, 1958): Based on what I've read and the strength of this bleak western, I'm hoping to make Henry King's filmography a project of mine in 2016. "Some people think prayers help" is the last limp advice given to a tortured Gregory Peck, a line delivered so coldly in master shot as to singlehandedly undercut the critical legacy of King as a director of reassuring Americana. Here's a film that boldly interrogates the distance between moral conscience and the comparatively artificial delusions of religious dogma.

23. Soft Fiction (Strand, US, 1979): Very different from the mode of handheld ethnography I previously associated Chick Strand with. Almost Gunvor Nelson-esque at times in its visualization of interior states, as well as its embellishment of the truth in favor of emotional distillation. Not every monologue subject is equally compelling, but the whole is greater than the sum of the parts.

25. The Tingler (Castle, US, 1959): I'm generally allergic to stunt screenings, but this is the rare film where audience interactivity is integral to its effect. Castle is playfully aware of how the theater one watches this in actually becomes a part of the mise-en-scene.

26. The Fastest Gun Alive (Rouse, US, 1956): Features one of the few Glenn Ford performances oozing with nervousness and self-loathing rather than macho confidence, as well as one of the most awe-inspiring dance scenes I've seen (and in a western of all things). A serious ethical inquiry and a deadpan comedy simultaneously.

29. Jane B. for Agnes V. (Varda, France, 1988): An eccentric, zigzagging search for the life, identity and soul of those within and behind an artistic representation.

34. Kill Baby, Kill (Bava, Italy, 1966): Wherein Mario Bava at one point emulates the motion of a swing with the use of a zoom lens and a dolly track (the lurching camera movement giving the impression of a child's POV), only to reveal at the end of the shot an actual swing-set previously hidden frame right. Of this year's viewings, I struggle to recall a more brazen or a more unusual exertion of directorial chutzpah.

35. Drums Along the Mohawk (Ford, US, 1939): Panoramic and intimate, an incongruous register that Ford revels in.

41. Westward the Women (Wellman, US, 1951): Gets hokey in the end (courtesy of Capra on the typewriter), but the journey's so bleak that there's a mid-film memorial service. Wellman's omission of any kind of cartographic markers makes the cross-country stagecoach trek amorphous, and thus a key touchstone for Kelly Reichardt and Tommy Lee Jones.

42. In the Realm of the Senses (Ôshima, Japan/France, 1976): The last film I saw at Harvard Film Archive prior to shipping out for the west coast, so...a strange farewell.

43. A Face in the Crowd (Kazan, US, 1957): A man who controls the camera and the nation's gaze becomes a man controlled by the camera, begging for attention.

45. The Woman Who Dared (Grémillon, France, 1944): Romantic devotion trumps parental devotion, and a woman excels as both a revolutionary and a housewife. Pretty radical. The only Jean Gremillon film I managed to see at UCLA's retrospective, but from it alone I'd guess he's one of the era's true crowd-control masters.

47. The Saragossa Manuscript (Has, Poland, 1965): Because sometimes being totally lost for over three hours is an enlightening experience.

49. Minnie and Moskowitz (Cassavetes, US, 1971): Minnie's blind diner-date with the swollen scrotum wearing aviators is a master class in acting. Reading "Cassavetes on Cassavetes" this year helped clarify to some extent how the director was able to extract such brilliant performances, but this is one of those scenes that remains on some higher ground where directing tricks only explain so much. 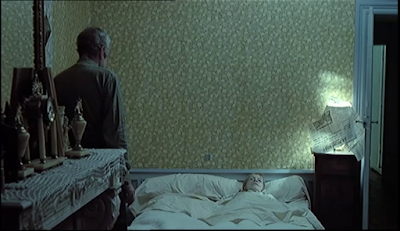