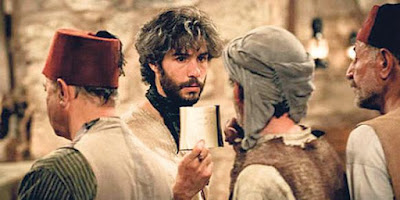 "Transnational displacement is common subject matter at this point for Fatih Akin, so it's odd that despite repeatedly dwelling on the emotional ramifications of such separations, he still hasn't managed to convey a sense of the sheer size, scope, and diversity of the planet. That becomes something of a crutch in The Cut, his decade-spanning, continent-hopping look at the aftermath of the Armenian genocide, because the film's narrative requires that its embattled protagonist, a refugee named Nazaret (Tahar Rahim), navigate a whole slew of unknown territories and political ideologies over the course of a few decades in the early 20th century." Full review at Slant.
Posted by Carson Lund at 1:12 PM