Vincent and Theo (1990) A Film by Robert Altman 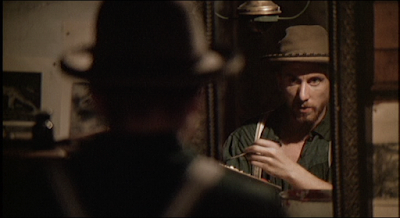 "Known for scene-scanning telephoto shots that seek to dissolve the traditional limitations of the frame, Robert Altman might have seemed a counterintuitive filmmaker to take on a film about painting, which must always work within a static canvas. But Van Gogh, of course, is no ordinary painter. As portrayed by Tim Roth in the placid historical snapshot Vincent & Theo, Van Gogh's fatal frustration was his inability, despite a career-long knack for pictorially implying movement and spatial vibration, to get beyond the tyranny of the frame. If there's a generous streak within Altman's mournful, fatalistic period piece, it's in granting Van Gogh the pictorial totality that he never discovered as an artist." Continued over at Slant Magazine is a full review of a new Olive Films' Blu-Ray of Altman's 1990 film.
Posted by Carson Lund at 10:31 AM

Awesome post.Thanks for sharing.This is so nice. 파워볼

Great content material and great layout. Your website deserves all of the positive feedback it’s been getting. 경마

Hi there, its pleasant post about media print, we all understand media is
a wonderful source of facts. 슬롯머신

This is such a great resource that you are providing and you give it away for free. 토토

I am so grateful for your post. Much thanks again. Really Great.

Right now it seems like Drupal is the best blogging platform available right now. (from what I’ve read) Is that what you’re using on your blog?

“He likes to take a traditional and risk-averse approach to things over a creative one.”

“You are too afraid of taking risks on a creative solution.”