A First Exposure to the Films of Timoleon Wilkins... 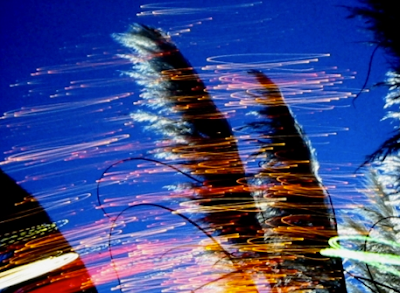 As subjects, roiling water surfaces and bokeh are fairly played out in lyrical/personal/diaristic 16mm Bolex filmmaking. That Timoleon Wilkins manages something like a fresh take on them says a great deal about the level of his sensitivity. Among other things, Los Caudales (2005) features dozens of seagull’s-eye view close-ups of lapping water on high-contrast black-and-white reversal stock, the resultant image a defamiliarizing dance of bright white dots and squiggles on a jet-black surface. Parts of Quartet (In Camera) (2009) study permutations of light photographed through telephoto lenses, and instead of an anarchic sprawl of light blobs, Wilkins achieves something closer to the balletic choreography of Len Lye’s films, albeit in a far more muted and unpredictable register. It bears mentioning that this is only a fragment of the material Wilkins finds fit to turn his camera toward.

Educated under the tutelage of Stan Brakhage at the University of Colorado and far from quiet about his admiration for and familiarity with filmmakers like Nathaniel Dorsky, Bruce Baillie, and Bruce Conner, Wilkins sits pretty squarely in the romantic tradition of avant-garde cinema, the strand of underground filmmaking that valorizes the cameraman as a soloist with a unique ability to imprint his or her own subjectivity on the camera eye. Up to a point, Wilkins benefits from the acknowledgment of such ancestry. For one, it’s part of what brought him to Boston in the first place, Dorsky being the relatively fashionable commodity that he is, at least in the bone-dry marketplace of contemporary experimental cinema. (Rob Todd’s continuing obscurity, on the other hand, needs to be corrected.) 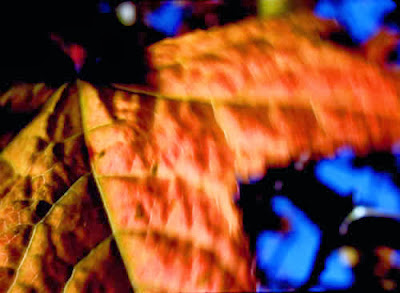 Still, Wilkins’ work creates distinct impressions. The most conspicuous of these is tied to his status as a lifelong citizen of the West (Colorado, Mexico, and Los Angeles are the touch points I’m aware of), the landscapes of which inflect his films to a significant degree. If Peter Hutton’s New York Portraits, sublime as they can be, are quintessential expressions of the cramped geography of the East Coast, Wilkins’ films achieve something similarly archetypal with regards to the openness of the West. Big skies, sacred-seeming cloud formations, vast plains, elongated highways, wandering cattle, and vast beaches are all subject to scrutiny. Land merges into sky, thunderstorms erupt (or are merely implied to erupt through inspired aperture futzing), and Wilkins’ camera follows telephone lines along the highway as if to celebrate the freedom of movement afforded by the landscape. In my own experiences out West, such ample space means feeling liberated from staying too long in one place; movement becomes a texture of life.

Made between 1998 and 2010, Lake of the Spirits, Los Caudales, The Crossing, Quarter, and, especially, Drifter—all of which were shown at the Harvard Film Archive’s recent tribute to Wilkins—evoke this restlessness. Four of them are silent, yet the dynamism of their montage and the diversity of their images generates a tone more exploratory than contemplative. Intermittent flashes of bright light (or perhaps merely blank leader, it’s hard to tell) act as optical refreshment as well as ways to transition between rushes of abstraction (bokeh, light leaks, water surfaces, objects photographed and/or processed in such a way that they become unidentifiable) and sections of documentary-like observation (flowers, landscapes, sparingly used human faces). In posing these two representational extremes side by side, Wilkins is constantly seeking their points of intersection, the moments where the banal turns into something magical. Edited largely in-camera—that is, conceived as a linear flow of images in conjunction with the filming stage—these films are therefore documents of Wilkins’ thought processes while shooting them—the flickering of his consciousness, if you will. And they are unbelievably beautiful.