A Tangle of Notes, Impressions, and Questions on Hollis Frampton's Zorn's Lemma

(Note: This piece assumes that you've seen the film. If you haven't, I strongly encourage you to do so before navigating my jumbled thoughts. The film is part of The Criterion Collection's characteristically revelatory edition, "A Hollis Frampton Odyssey.") 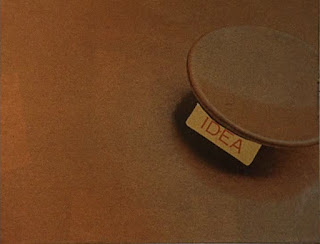 - Opening in darkness, Hollis Frampton's Zorn's Lemma (1970) asks its viewer to clear his/her perceptual slate and approach the film with fresh eyes and ears. Then, for its ensuing hour, it asks if this is even possible.

- Pulling its title from a mathematical theory proposed by Max Zorn in 1935 concerning algebraic sets and limits and featuring readings from a primitive grammar textbook, Zorn's Lemma sets itself up against man-made systems for comprehending the world and then creates some of its own corresponding yet distinctly cinematic systems. One of these is the film's structure, divided into three sections and progressing, broadly, from darkness to light, from sound to silence to sound, from visual absence to visual assault to mechanical recording, and through various attempts at rule-bound objectivity. 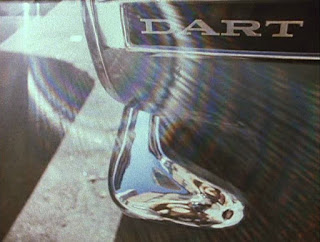 - In the film's extensive, unfurling middle section, the question of intentionality vs. spontaneity is repeatedly frustrated. Frampton's self-imposed A-Z structure, for the most part, dictates itself, but there are continually slippages of rationality when it seems as if the mathematical ordering of images and words has been deliberately obstructed. Assuming the one-second shots were arranged chronologically according to the order in which Frampton filmed them, I can't help but wonder whether a sly pairing such as "limp member" might not be quite so aleatoric. And if it's indeed something Frampton slipped in deliberately, why? This middle section is a puzzle of images without a clear solution, and in such cases I get the sense that the lack of clarity is carefully modulated, that Frampton might be fudging with his own rules as a way of positing the impossibility of objectively making sense of the world. 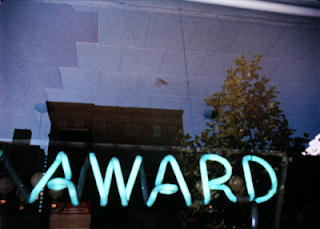 - I interpret Zorn's Lemma as a film about the limits of constructed knowledge systems (i.e. language, symbolism, time, cinema), so in one sense my desire as a viewer is to witness Frampton crafting a set of principles that he pedantically follows, only to watch as that system naturally crumbles, forcing a secondary system to emerge. In the context of Zorn's Lemma, that first system is language, broken into letters and their accompanying words, and the secondary system is images, which begin to emerge as Frampton runs out of the filmed words he collected. One way of looking at the second part of the film is through the assumption that words are unambiguous and closed-off while images are alive to the interpretive powers of the viewer, but then there are Frampton's additional tricks that complicate this reading. First, there is the fact that the words too are images, and secondly, there is the fact that the images too are a construction of the man behind the camera, framing the world according to his existing set of principles. These paradoxes and complexities are crystallized by the seemingly arbitrarily recurring motif of optically-printed text on top of an image, a calculated effect that simultaneously makes plain and simple the word/image double standards and also seems to violate Frampton's rules. 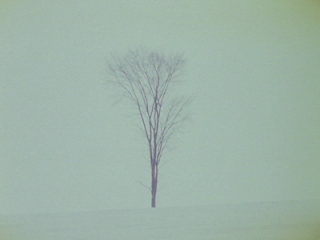 - Meanwhile, the images themselves are complicated. They are too diverse to be pinned to a shallow, undifferentiated reading as "images," posed dialectically against "words." There are shots that are temporally-bound (a jar filling up with beans, a cropped view of hands assembling a tinker toy, a man painting a wall) and others that are infinite. The time-based shots are defined by the fact that the actions contained within them are finite; they will end, and, presumably, so will the shot. On the other hand, the ocean or a single leafless tree on a hill will continue existing indefinitely. Only the representation of it through the camera will end. Frampton is calling attention to the inherent discontinuity between material reality and the human need to compartmentalize it, to give it shape and meaning through representation. Is there any other way to interpret the special effects shots in the film (two halves of a woman's head unsettlingly misaligned or three identical figures bouncing a volleyball in the same frame) than as flagrant expressions of this urge? 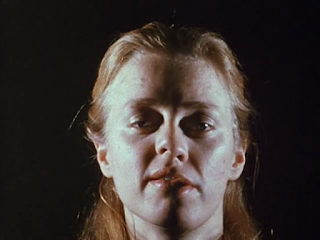 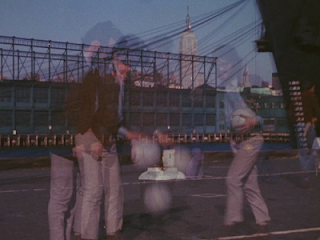 - The film's final section, then, is the (attempted) inverse to this manipulation: people performing an action seemingly of their own accord (walking across a snowy field into the forest) and a static camera recording that process in three uninterrupted takes, each the length of an 100-foot 16mm roll. On the surface, the approach might seem God-like, or at least that's how I see it. These figures appear to be unaware of the camera and their resulting representation therein. However, as a cinematic spectator it's obvious that this is a constructed scenario merely aiming for the illusion of truth. In service of its reprisal of age-old debates about photographic objectivity, this section decidedly inverts Frampton's editing system in the second section; here, cuts (which resemble dissolves in this case, complete with the defects inevitably accompanying the tail end of the film roll) are dictated by the limits of the cinematographic apparatus, not any editorial consciousness. But when a sudden squall of snow fills the frame, momentarily flooding the film with natural beauty despite seeming to arrive with unnatural haste, can we still trust this to be the case, or has Frampton's (and, by extension, man's) desire for aesthetic surprise and fulfillment intruded?

-On the soundtrack, loopy words spoken by two women at the pace of a nagging metronome dissolve into sonic mush. Again, the possibility of a subjectivity (the women's voices) is raised within a rule-bound system (the metronome) and the latter overwhelms the former. The subjective is reduced by the limits within which it is contained. Zorn's Lemma demonstrates that everything inside of it is a product of human interference, and any attempt to dissect its contents can only be as rewarding as its viewer (and its viewer's accompanying systems for understanding the world) will allow it to be. 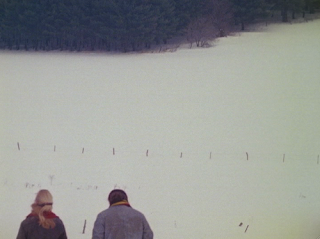 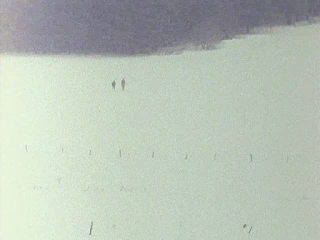