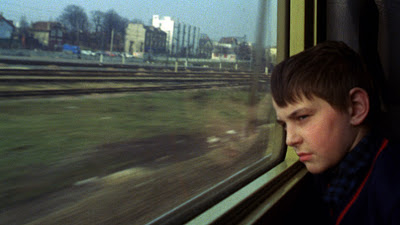 As portraits of disaffected youth go, Maurice Pialat's L'Enfance Nue makes François Truffaut's already restrained The 400 Blows look downright sentimental and sensationalistic. Pialat's debut traces with its rigorously pared-down approach the downward trajectory of a young boy named François (Michel Terrazon) from the hands of one foster family to another and finally to a youth ward, all the while forgoing explanatory passages or psychological detailing to suggest that this disheartening path is an inevitability in the dilapidated working-class world Pialat depicts. It's a stark, unforgiving film, laying the blame not on the unruly child but on the pitiless society itself that insists on organizing, explaining, and punishing youthful behavior but ever so rarely on simply understanding it.

Pialat, meanwhile, maintains a directorial distance precisely to create an undiscriminating space for the viewer to try to understand François, or better yet, to merely see him for what he is: a sensitive boy frustrated by his unstable living situation and the lack of care and attention he is afforded. Pialat's curt, observant visual style – free of acrobatic fanfare or musical accompaniment – reduces the narrative to physical action: François walks here and there, François lies in bed, François fights his surrogate brother, François steals an item from a store, François kisses his surrogate mother, etc. The majority of the dialogue in the film comes only from parents and authority figures, cynically analyzing these points of action Pialat zeroes in on. More often than not, their conclusions simultaneously complicate and simplify what is seen on screen. Complicate, because they create a convoluted and needless set of repercussions, and simplify, because they take an impulsive action, difficult or perhaps even impossible to accurately decipher, and label it not as the inherently complex human act that it is but as the result of something concrete and reductive: anger problems, social neglect, etc. 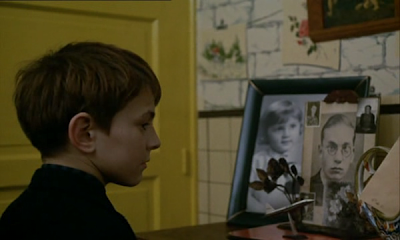 The film begins in a muddy mining town stacked with identical white houses with putrid yellow trim, one of which contains the 10-year-old François and the laboring married couple he's living with for the time being. He lives alongside an adopted sister who is treated to a decorated bedroom while François must spend his nights on a firm mattress in a cramped corner (a blunt dichotomy that Pialat doesn't belabor). Pining for something, anything, to do in this dull community, he wanders the grounds, abandoning his sister for his own exploratory ambitions. As a result, François is disconnected from his caretakers, showing up late to dinner and barely helping around the house. Catching wind of his foster parents' plans to send him off, he and a group of likeminded rascals from around the village collaborate on the reckless killing of the family's cat, dropping it down what appears to be ten or more flights of stairs. The unmediated shock of this act – portrayed by Pialat in a ruthlessly matter-of-fact medium angle without suspense-building close-ups – is followed by a moment of François fashioning a makeshift shelter for the severely injured animal, and eventually by a wide shot of him disposing of the body amidst some rubbish on a hill. It's a challenging progression of events, shifting the viewer from the knee-jerk disapproval of the boy's violence to an almost sympathetic depiction of his subsequent nursing and finally to a detached perspective of his questionable disposal of the body.

Similar ellipses ensue, always encouraging an imaginative rather than reductive reading of the offscreen moments that connect the depicted events. In fact, a fairly radical one occurs only shortly after François rids of the cat corpse. When his foster mother escorts him out of the house to be placed in an anonymous authority vehicle, Pialat offers the closest thing to a tear-jerking moment in all of L'Enfance Nue: a panning close-up of the boy's blank face as the car drives away and he stares back at his "mother." The moment is undercut, however, by the subsequent shot of François surrounded by more in a continuing line of tentative "mothers," as well as a bevy of foster children, in a cab on a moving train. The image is ripe with metaphor: here is a boy swarmed by possible caretakers, none of whom quite fulfill that title, and other children in similar situations, as the outside world whooshes by as a blur. Transience, instability, familial oversaturation without the proper attention – these are the default qualities of François' existence, visualized in this shot in such succinct fashion. 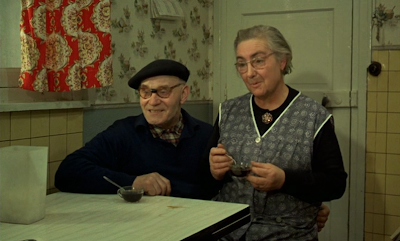 Naturally, this train merely transports him to another foster family. This time, it's not the parents that passive-aggressively mistreat him but his new foster brother, who rejects François as if he's a foreign parasite invading the body. By contrast, François' new adult guardians – played by Marie-Louise Thierry and René Thierry, the real-life foster parents who inspired Pialat to make the film – are soft-spoken and superficially caring, not to mention committed to creating a non-threatening environment for their children. But although François warms to them, and especially Marie-Louise's decrepit but still spirited mother, more than his prior caretakers, the atmosphere of detached generosity they cultivate seems the antithesis of François' prior engagements, and it ultimately prompts more fits of rebellious activity. Or is it that the sudden death of his surrogate grandmother – telegraphed by Pialat in a bang-up series of cuts that skips over the entire process of grieving – marks François' parting with the last possibility of connection in his life and essentially drives him back to insecurity? The film avoids any sort of one-to-one relationship. Soon enough, François is being shuttled to a delinquency ward after throwing a rock at a car and causing a crash.

L'Enfance Nue's English translation is Naked Childhood. The nudity, here, refers to a sense of rawness, of uncultivated life force. There's an implication on Pialat's part that this primal form is noble and altogether human, but also that it must be adequately nurtured (though the film never shows us what that ideal nurturing looks like, probably because there's no easy answer). What's clear enough is that the illusion of guidance in L'Enfance Nue is inadequate: François is treated as an object to be passed from place to place, filed by authorities, and tucked under bed sheets to be quiet for the night. Rarely in the film does anyone attempt to level with him or understand his behavior. (The Thierrys come closest to doing so, but their curiosity is held at arm's length.) If he is spoken to at all by authorities, it's in the form of a brusque interrogation, questions of purely utilitarian purpose: "where are your biological parents?"; "do you like living with your foster parents?"; "why did you do what you did?" François shoots back vacuous, confused stares at these interrogators, and you can't blame him. Pialat's film painstakingly explodes the legitimacy of such questions. It asks its audience to look, not to ask.