(I attended the Cannes Film Festival for the first time this year, resulting in my low output on this blog for the past two weeks. I will soon post a round-up and ranking of the films I saw.) 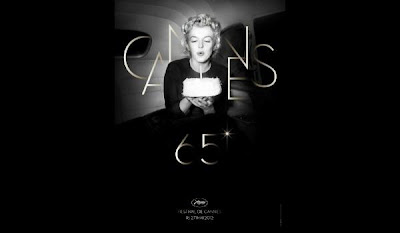 The international cinephile is at a great deficit when entering the grounds of the Cannes Film Festival. Navigating between filmmakers, press, agents, buyers, distributors, programmers, and the French, all of whom sit atop a higher rung in the mysterious hierarchy of power at this strangely clandestine event, he must obsessively organize his time, maintain a stoic façade, communicate quickly and definitively with those in charge, and suppress his own feelings of ecstasy upon being granted access to any number of the festival’s events. All of this, of course, while being severely jet-lagged, poorly rested, malnourished on baguettes, ham, and Red Bulls, and vaguely loopy from the wine, champagne, or Stella Artois presented freely and eagerly at so many of the festival-sponsored social gatherings. What’s more, this is all assuming the international cinephile was able to acquire one of the nifty identification cards known as the accreditation badge that is required to make one’s way through any gate, queue, or building. And not even those solve much.

I won’t go into the many ways one can get his hands on said badge, but in my case, as I attended my first ever Cannes Film Festival, I was granted a Short Film Corner accreditation due to the festival’s acceptance of my now three-year-old medium-length dramatic film Wind Through the Cradle. Sounding quite prestigious at first, the limits of the badge – which is adorned with a red circle in the top right corner and a yellow circle in the bottom right so as to prevent confusion - swiftly made themselves known to me: no access to market screenings (an unfortunate setback after I missed the premiere screening of Apichatpong's new film Mekong Hotel), only a limited 150 points to use for in-competition film premiere tickets (some of the bigger entries risked obliterating my total entirely), and apparently no access to the festival-ending Short Film Corner party on the beach. The badge seemed like bullshit. Others told me I was lucky. A market badge actually costs money, and restricts the festival-goer from reserving any premiere tickets. At the same time, it allows for one to boost his/her credentials over the course of subsequent festivals, to gain respectability and clout in the eyes of the business. The Short Film badge is less beneficial in the long run.

What these limitations mean is that going to see arthouse films in the cinema, hitherto a simple, unfussy process, is now riddled with obstacles, governed by a faceless and enigmatic force known as Securitas that is made up of tan-suit-clad Frenchmen whispering to each other, arbitrarily ticking away at their audience counts, scanning badges, and either letting you by their iron post or sternly professing the words “It’s not possible,” a phrase I found to be in abundance in Cannes. It’s the death knell that tolls the long walk back past the rest of the soon-to-be dejected queue, all of whom have stood waiting in hot sun (or in the case of this year’s oddly turbulent two weeks, cold and relentless rain) like you for anywhere from 30 minutes to two hours. As an example of the perplexing nature of linguistic translations, it has to be one of the most spine-tinglingly impersonal in history. Imagine it lining the billboards of the Croisette in 2013 as the newfangled motto: Festival De Cannes – It’s Not Possible.

When one does manage to slip through this hurdle and ascend the steps to one of the festival’s many official theaters (and this is a much more frequent phenomenon than I’m making it seem, as I stood in line 23 times and only missed the mark 8 times, resulting in my grand total of 15 films viewed), he is greeted to jovial female guards who check bags and usher to open seats. In fact, everything about the internal spaces of Cannes is luxurious, quite a contrast to the militant exclusivity of the external zones. Theaters are clean, often massive, well air-conditioned, and filled with cozy red chairs that encourage dozing as much as they enhance the film-viewing experience. Screens normally stretch beyond the proportions of the respective rooms they’re in, and the surround sound collaborates magically with the acoustical architecture of the theaters. (Given the generally amazing sound design on display in the selected films this year, this was quite a treat.) After scrambling to find a seat (because one can never be sure if security properly gauged the available seating in the building), there’s something sacred about sitting in the cinema successfully with moments to spare before the start of a film. Surrounded by film lovers and finally shielded from whatever chaos reigned outside, the achievement allows for the rare instance of repose, of remembering what you’re really there for.

There's really a special sensation that occurs when watching the types of films I have hitherto watched alone or in half-empty theaters in the presence of hundreds and thousands. A rapt silence, punctuated by an unusual frequency of coughs (perhaps the cumulative result of a country so famously known for smoking), washes over the theaters and centers all attention of the screen. This is especially uncanny in the 2,300-seat Grand Théâtre Lumière, where quieter films produce the sense of a mass holy communion. With the exception of the routine walk-outs in anything mildly provocative (Reygadas, Carax, Haneke, Kiarostami), rarely did I witness patent disregard for films. At one point what I thought was outright hostility from a snickering couple next to me turned out to be uncontainable enthusiasm, as the culprit of the noises giddily remarked in the urinal next to me after the film through language barriers: "I'm sorry, this director just interests me!", speaking of Hong Sang-Soo. Open, honest, democratic cinema enthusiasm prevails at Cannes, so much so that the awkward conversations when you realize you're communicating with an entirely incompatible perspective (usually when someone (often an American) brushes aside a film for being "slow," "boring," or "pretentious") stick out like sore thumbs.

The most bizarre aspect of the festival experience is the way that the kinds of contemplative, challenging films that Cannes has prominently featured in the past decade exist alongside such a raucous atmosphere of partying. Everything is in excess on the Croisette: films, drinks, people, noise, prices. There is simply no time - other than perhaps a measly window between 5 am and 8 am - when the activity settles down, so organizing one's schedule becomes vital and extraordinarily difficult. Accepting the invite to a late-night party where great directors, actors, critics, etc. are present is tempting and exciting, but it frequently means sacrificing quality sleep, which in turn launches a spiral of sluggishness that infects the experience of films the next day, deteriorating the active, thinking mind. One drink at the cheap-minded hotspot Le Petit Majestic (outside of which flocks a massive nightly crowd of networkers) can quickly turn into a long conversation with a peer about a film in competition, which almost surely will lead to another party in the wee hours. Just when I thought I was finishing up a conversation with an LA-based sound designer around 3 AM, circumstances somehow led me into the apartment of three Italian cooks - one of whom spoke more languages and dipped his feet into more industries than I could count - who fixed up a lavish meal of pasta and wine. This was merely one of the experiences I had in Cannes that was impossible to predict and which, in hindsight, is impossible to plot out.

That any film critic can produce thoughtful commentary on this mess of cinema during the festival is mind-boggling to me, and a testament to how much I have to learn before I am fully on the right mental wavelength for this frenetic environment. Granted, I had no access to WiFi or a Press Room (an actual Zen-like space in Cannes where writers crowd into a quiet, potentially sound-proofed room to escape the hubbub of the festival and earn piece of mind), but the thought of containing my varied and overlapping reactions to the films I saw still seems radical, maybe even insane. However, the result of this mental anarchy is a quite unique sensation that was previously unknown to me: the feeling of gathering an omniscient understanding of festival programming, of noticing interesting patterns and trends (aesthetic, thematic, narrative, and otherwise) across the collection of films. In acknowledgment of this, I ended up staying largely within the In Competition films and not venturing too far into the Un Certain Regard, Director's Fortnight, Out of Competition, and Critic's Week categories, preferring to zero in on the formal rhymes within the festival's main event. Regardless of the limitations and difficulties of this, or any of my approaches for that matter, the Cannes Film Festival was an eye-opening experience, an invigorating, frustrating, magical two-week daze in which I was never, ever fully awake.

looking forward to reading about the cinema you experienced.. - been going through your archives e-mailing myself you reviews to my work account to read during down time.. i'm up to Feb. 2010 so far and really enjoy your writing style and the variety of film you analyze..

Wow, that sounds amazing! I am so jealous. Can't wait to read your reviews.

Congrats on your film, too! Did it play in the short film competition, or how does that work?

Brian, thanks so much for the praise, although when you tell me you've been reading my early entries I get embarrassed!

StephenM, the film played in the Short Film Corner, which is basically a database of short films one can sift through at computer stations. If I was trying to promote the film I could have organized a small screening, but it was more or less acting as a platform to get me a badge. Thanks for the comment.