An Autumn Afternoon (1962) A Film by Yasujiro Ozu 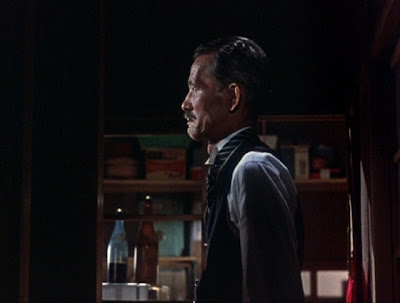 Yasujiro Ozu's final cinematic testament was the tragicomic An Autumn Afternoon, a film that in some ways distills his signature concerns in a neat, summative manner and in other ways presents them as stiff and straitjacketed as ever. Its subject is one that comprises a large portion of Ozu's oeuvre, enough even to create its own microgenre: the lonely widower marrying off his aging daughter. Like in Late Spring, its closest companion, Ozu regular Chishû Ryû plays the father Shuhei Hirayama and Shima Iwashita replaces Setsuko Hara as the daughter, Michiko. This is Ozu reprising a common situation that is clearly of utmost importance to him for the impressions of family bonds, aging, generational dissonance, and loneliness it raises. It's as if he was determined to portray the scenario in as many subtly altered iterations as possible to mine the attitudes and behaviors as they transform and mature over time. Unsurprisingly, the preliminary notes for another film he was planning before his death from cancer in 1963 dealt with the same subject matter.

If Ozu's intention was clearly studied and compassionate though, it's only a shame that the execution sometimes comes across like repetition. Ozu wasn't a tremendously varied or risk-taking artist; he did what he did consistently and with the care and tact of a great architect. But in Autumn Afternoon, the scenario is stifled by its banality, too devoid of nuances that would set it apart from the other masterworks in this category of storytelling. As with all of his films, narrative punctuation is eschewed, leaving only a series of domestic snapshots, dedramatized glimpses from the lives of the central characters. Here Ozu rests his gaze most stringently on Shuhei, a father with a decent office job and consistently reliable friends. His days are ritualistically spent working and then catching up with Kazuo (Shinichirô Mikami) and Shuzo (Nobuo Nakamura) over Saki. Home life feels less intimate and united than in some of the director's previous works, with dinner usually occurring individually and an emphasis on cordial pleasantries rather than thorough family-to-family bonding. Though unclear at first, it becomes evident that Shuhei even has a son who is relegated largely to the background. 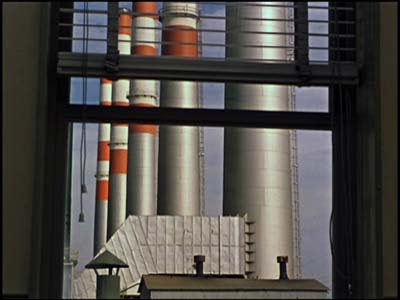 With his bold color palette that highlights neons and reds and his precise pictorial attention to household consumer objects, Ozu suggests that it is the force of modernity that is gradually distorting the traditional values of the Japanese family. One narrative strand has Shuhei's elder, married son returning home from work with extraneous purchases - first a brand new set of shimmering golf clubs, then an upgraded refrigerator - only to find himself in prickly quarrels with his wife about spending restraint. Fed up with arguing, he lies on the floor smoking a cigarette unresponsively, half hypnotized by the wealth of purchasing possibilities and half understanding of his wife's irritation. The 1960's were a time when Western values of consumerism and idealism were slowly settling into Eastern cultures, and their mark can be witnessed in the deliberately artificialized night life scene, glowing with bright bar signs, the practice of following the baseball game on television seen early on in the film, and the Sapporo and Canada Dry beverage boxes perpetually in the crystal clear background of one of Ozu's long, poised hallway shots. But Ozu does not greet this cultural osmosis with resentment and defensiveness; rather, like all of his characters, he is open-minded and welcoming about the opportunities now afforded. His is not a critical cinema but a sensitive, forgiving one, forever pitched in the present tense for better or worse, and this is done justice to by his graceful pictorial balance and his stoic dramatic economy.

Yet by the end of An Autumn Afternoon, the pervasive sense crept up that I was moved in the same exact way - and for the same reasons - as I was with Late Spring. The formulas of the two films are frustratingly congruent: both meander in a seemingly directionless state before acquiring unexpected pathos towards the end when Ryu's characters finally decide - after a slow ping-pong of skepticism and receptiveness in the face of a slew of persuasive friends and acquaintances - that they should swallow their pride (and their undying love) and marry off their daughters, and the climactic image of both films (the daughter inevitably garbed in an elegant, suggestively decorated wedding dress after little anticipation) is cushioned by the same scenes of acceptance and subsequent loneliness. One slight ripple in An Autumn Afternoon has to do with Ozu's seeming reluctance to let melancholy get the lion's share of the emotional spectrum, ducking away from potentially tear-jerking scenes with a bouncy score that helps recall the film's more comic touches. But even the lighter elements of the film are laced with a somber air that is in this case a tad too deterministic: Shuhei's old teacher, nicknamed "The Gourd" (Eijirô Tôno), who has been reduced to somewhat of a village idiot living as a widow with his embittered daughter in an unsuccessful bar, stands as a too-perfect indicator of Shuhei's potential future if he doesn't allow his daughter to marry. While An Autumn Afternoon manages to encompass every thematic concern Ozu was delicately riffing on his entire career, it also tends to feel like a safe, lifeless reprise of them.
Posted by Carson Lund at 5:38 PM

Will have to add An Autumn Afternoon to my online Queue. I've only seen two Ozu films, but both of them kind of changed my life in more ways than one. Tokyo Story should probably be on a list of the ten greatest films--ever. And no film has saddened me more than Late Spring.

Those are indeed two of Ozu's very best films, even if they are his most well-known. Late Spring is my personal favorite; if you liked it, Autumn Afternoon might interest you, as its such a similar tale.